Three Singapore-based designers touched down at Prabal Gurung's atelier in the heart of New York City's garment district for a chat and tour. 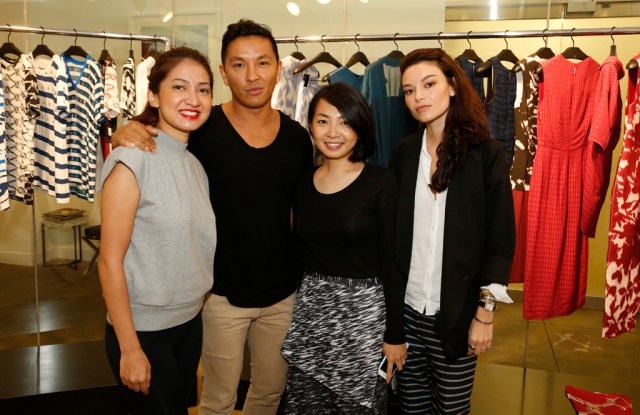 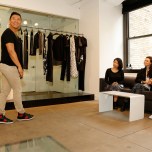 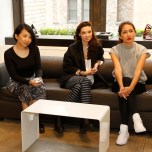 FASHION LESSONS WITH PRABAL: On Thursday morning, as part of the Council of Fashion Designers of America’s Fashion Futures program — launched in partnership with Singapore Fashion Week in May — three Singapore-based designers touched down at Prabal Gurung’s atelier in the heart of New York City’s Garment District for a chat and tour. The experience was just a small part of the jam-packed, three-day immersive fashion program aimed at nurturing rising fashion talent in the Southeast Asia country.

The itinerary, organized by the CFDA and Mercury Marketing and Communications, will introduce the three established designers — Chelsea Scott-Blackhall of Dzojchen, Sabrina Goh of Elohim, and Priscilla Ong of Ong Shunmugam — to the American fashion industry via designer showroom visits (to Carolina Herrera’s, Diane von Furstenberg’s and Thakoon Panichgul’s, in addition to Gurung’s) and meetings with fashion public relations firms and retailers such as Kirna Zabête and Fivestory. As part of the trip, the trio will also tour the CFDA Fashion Incubator and visit a New York manufacturing operation under the CFDA’s Fashion Manufacturing Initiative.

Blackhall and Ong have run their respective women’s contemporary sportswear brands locally in Singapore for five years; Goh has had her brand for six. Gurung, who is in the midst of designing his spring 2016 collection, spoke to the women about the importance of following one’s instincts. “I launched this collection in 2009, deep in the recession,” said the designer, who was born in Singapore but grew up in Nepal. “A lot of people told me, ‘Don’t do it.’ But I’ve always believed this: the biggest thing you need to do is to gain experience but also to truly understand your instincts. They will guide you if you’re attuned to yourself and the things that are happening around you. I felt it was the right time in spite of everyone telling me not to do it.”

After one of his looks landed on the cover of WWD, Gurung started to receive calls from retailers, and he credits actresses Zoe Saldana and Demi Moore for helping to propel the brand into the spotlight. “Demi [Moore] started tweeting about my brand, and I joined Twitter to say ‘thank you’ to her,” Gurung said. “I had never tweeted, and I was really not into it. But I immediately got 500 followers when she responded back to me. This was about five or six years back, when the majority of the fashion industry was not open to social media….The minute that happened, I was like, ‘OK, there’s something here. [Social media] is an easy, free tool for p.r. and press.’ So I started doing it more. You have to listen to your instincts. And I’m not trying to say I did social media before anyone else — but I felt it was right for me. It’s really important to be true to yourself.”

Gurung, citing his work with Nepal earthquake relief, also stressed the responsibility designers have to use their platform to raise awareness for bigger issues. “What I’ve realized is that I have a platform and I’ve created an audience,” he said. “And I felt that it was important for me to do something and turn the attention that was coming to me onto [issues] that were bigger and more important…Being able to channel that attention and energy into something else besides my passion has given [fashion design] newfound meaning for me. I suggest to not get distracted and truly follow your passion, but to also remember that if you have an audience of even one person, then there’s a responsibility for you to talk about things other than yourself and your clothes. I’m motivated by that.”

Another important piece of advice: Know yourself. Gurung pressed the designers to ask themselves a series of questions: “Why is there a need for this collection? What is it that I’m saying? And then look at your competition: What price point do you want to be at? Who are your competitors? What are they doing? I think it’s important to study the market. It seems easier than it is; it is extremely challenging and extremely demanding. Think about things like: Where do I belong? Where do I want to belong? Who is the woman that I want to design for?… I’m very aware of my customer base and fully embrace it. You have to accept it. It’s better to understand who you really are.”

Ong asked Gurung if he had any thoughts about representing the Asian community in the fashion world. “I’m proud that I’m able to represent the American fashion industry,” Gurung said, “because I wasn’t born here. They talk about the American dream; I left my family back in Nepal, had never come to America, came here knowing no one, went to school and built this brand. I feel it’s only possible in America to do this. This is the country that gave me the opportunity. All the Asian designers – from Jason [Wu], Alex[ander] [Wang], Joseph [Altuzarra], Thakoon [Panichgul], Richie [Chai] and Phillip [Lim] — we’re all friends. We text each other. We have these crazy group texts going on….It is my heritage and I’m extremely proud of it.”