The two — along with guests like actor Harrison Ford — celebrated their collaboration, a capsule collection featuring illustrations by Mahoney.

At 7:33 p.m., even as the streets of Los Angeles were getting darker, there was yet another shadow posing for a photograph against the bright pink wall of Paul Smith’s Melrose Avenue flagship. The daily occurrence of selfies taken against the backdrop has become a social media phenomenon in the city.

“When Instagram called me about three years ago, they said, ‘Did you know your building is the most Instagrammed in all California?’” said Sir Paul Smith inside the store on Wednesday night. “But the thing is, I designed the shop in 2003 or 2004, and it opened in 2005, pre-Instagram. There was a film crew yesterday filming it, and the story about the film is this is the wall that started the whole Instagram revolution.”

“The joy of being an independent company, as opposed to being part of a big group, is you can just be spontaneous,” he continued. “You don’t have to think, ‘Oh, the brand image, what will the shareholders think?’ You just say, ‘Let’s do it pink!’”

There were very few selfies, if any, taken inside as the cool, laid-back crowd — including actors Harrison Ford, Kate Micucci, Mira Sorvino with husband Christopher Backus, Frank Grillo, Aisha Tyler and fashion stylists David Thomas, Jenny Ricker and Monty Jackson — celebrated the launch of a capsule collection created by the British designer in collaboration with famed tattoo artist Mark Mahoney, owner of Shamrock Social Club on Sunset Boulevard. The two, who share a similar rock ‘n’ roll edge (Smith famously dressing the likes of Led Zeppelin, Pink Floyd and David Bowie), met in 2016 after being introduced by a mutual friend.

“We were talking, and he said, ‘I’d love to do some sort of thing together,’ and that was it,” shared Smith. “He called me. I called him. I visited him. He visited me in London. Actually, it was very trouble-free, because we decided we wanted a few, very simple designs, which I was quite nervous about doing because to make them in embroidery — as a tattoo artist, it’s very different, because it’s very fine, his work. So, to create that into embroidery is quite difficult. But anyway, luckily, he’s very pleased.” 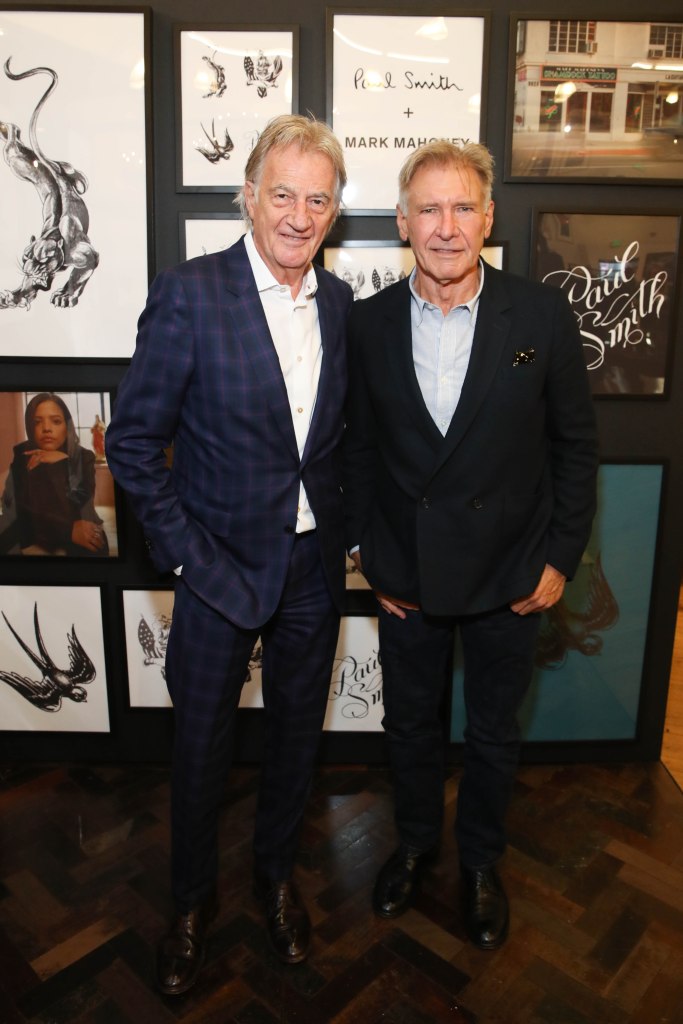 The collection, available online and in select stores, features tailored jackets, jersey sweatshirts, T-shirts, leather accessories and footwear with custom illustrations by Mahoney, who is known for his style of using black and gray art. The American tattoo artist, who was immersed in the Seventies punk scene, is a highly respected figure in the industry these days and counts a long list of familiar faces as clients: Johnny Depp, Mickey Rourke, Jared Leto, Brad Pitt, Angelina Jolie, David Beckham, Lady Gaga, Adele, Rihanna and Lana Del Rey.

For his part, Mahoney — who received praise throughout the night — shared that the moment he “met Paul, it was like he was a long-lost brother. We just kind of clicked, and everything since then was so effortless and cool that I can’t believe how lucky I am that we came together.”

In a corner of the shop, as he looked around the packed room, he reflected on the shift he’s experienced working in the industry all these years.

“It used to be when your mother found a tattoo, she’d chase you around with a rolling pin,” he said of the art form, which was illegal in the country at the beginning of his career. “That’s the old school way. Every day, mothers and daughters come in together now.

“Never in my wildest dreams would I think this business would be this socially acceptable and this huge,” he continued. “I wish my parents, who were dismayed at my career choice, lived to see how acceptable it is, [to] see what’s going on tonight. Making them proud makes me proud.” 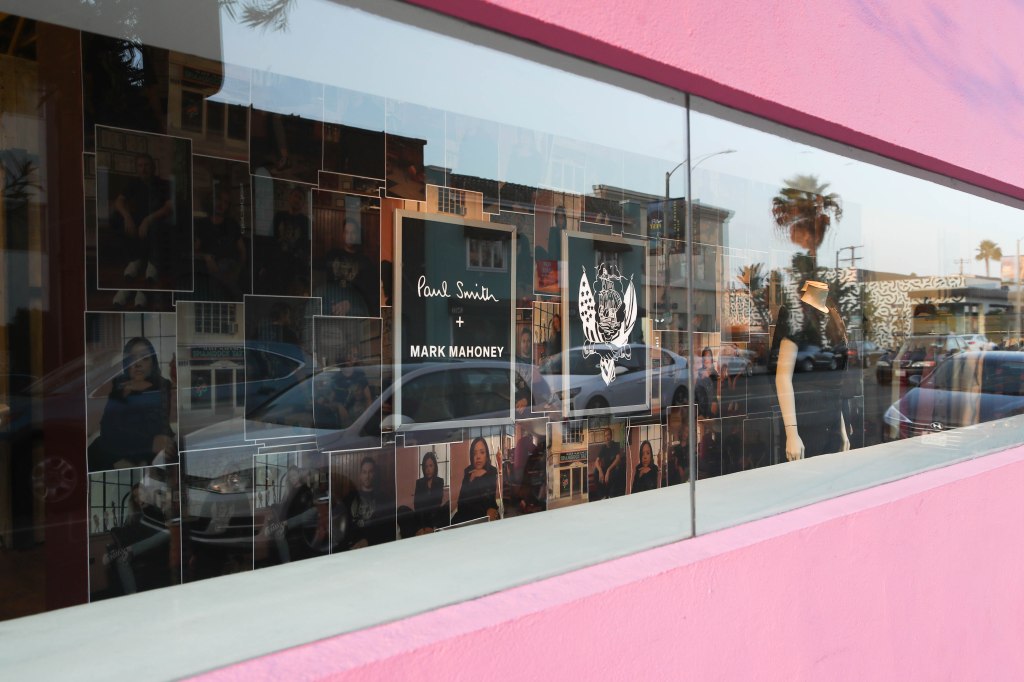