The Cruz bag was designed by Loewe brand ambassador Penélope Cruz and her sister, Mónica, in collaboration with Stuart Vevers. 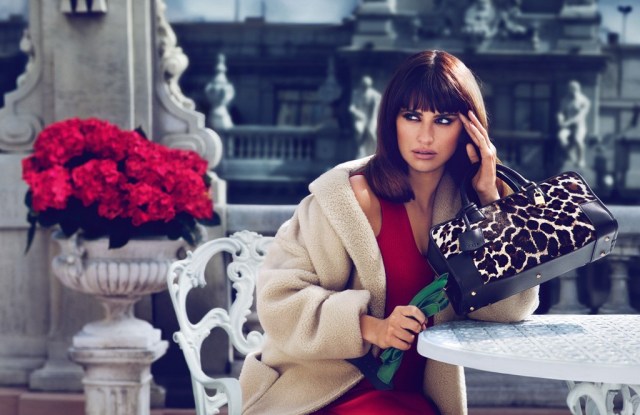 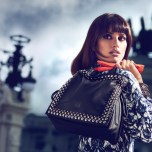 SISTER SISTER: Loewe’s new handbag design is a sister act. The Cruz bag, due to hit the Spanish brand’s stores worldwide on Nov. 1, was designed by Loewe brand ambassador Penélope Cruz and her sister, Mónica, in collaboration with the label’s departing creative director, Stuart Vevers. A cross-body bag with outside pockets, it was designed for a woman on the go.

“We wanted to do something special but also practical, and we wanted the design to have an unmistakable Spanish element,” said Penélope Cruz, who signed a three-year deal to front the Madrid-based house, starting with spring 2013. (She reunited with photographers Mert Alas and Marcus Piggott for the fall campaign, which pictures her on the rooftop of the Casino de Madrid.)

“We wanted a bag that would be useful for women who need to carry many things and have them all to hand at the same time,” added Mónica Cruz.

By all accounts, the siblings — who designed a capsule collection for Spanish high-street retailer Mango in 2007 — work in perfect harmony. “We usually like the same things. When we do the design meetings separately, we tend to choose the same materials and colors,” Penélope Cruz noted.

The handbag comes in a variety of colors. The Cruz collection will also include coin purses and large zip wallets, said the company, which plans to celebrate the renovation of its Paris store by architect Peter Marino with a cocktail party on Wednesday during Paris Couture Week.

Vevers, who has been at Loewe since 2008, is leaving the house to become executive creative director of New York-based handbag and accessories maker Coach, as reported.