The perpetually on-the-verge, oft-rebooted pop starlet headlined at Brooklyn’s Glasslands Gallery with a new arrow in her quiver: a genuine hit song. 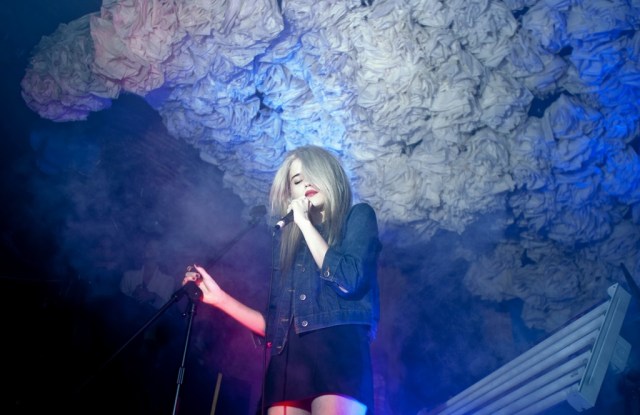 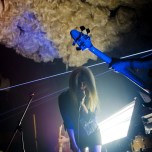 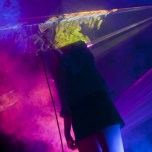 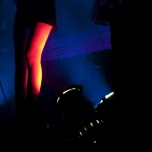 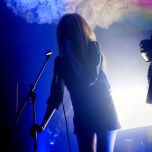 SKY THRALL: Perpetually on-the-verge, oft-rebooted pop starlet Sky Ferreira headlined Brooklyn’s Glasslands Gallery on Wednesday night with a new arrow in her quiver: a genuine hit song. Said track, “Everything Is Embarrassing,” has broadened the 20-year-old singer’s appeal — previously limited to what could safely be called the “fashion week by way of the L train crowd” — to the Pitchfork and college radio sets. Taking the stage beneath the venue’s cloudlike, tissue-lined ceiling, Ferreira seemed preternaturally suited to the atmospheric venue (lest anyone forget that first name), and also more confident. The histrionics of previous shows — which had her on her hands and knees like a tween animal with a curly mane, purring and growling words like “sex,” and “rules” — were absent.

On Wednesday, Ferreira stood almost static in a slouch familiar from any number of tres-exclusive front rows. She expended only as much energy as each song required. By the time she got around to that new signature hit, a dizzying slice of Nineties-vintage bedroom pop longing, the crowd was spellbound. Everyone was totally not embarrassed.