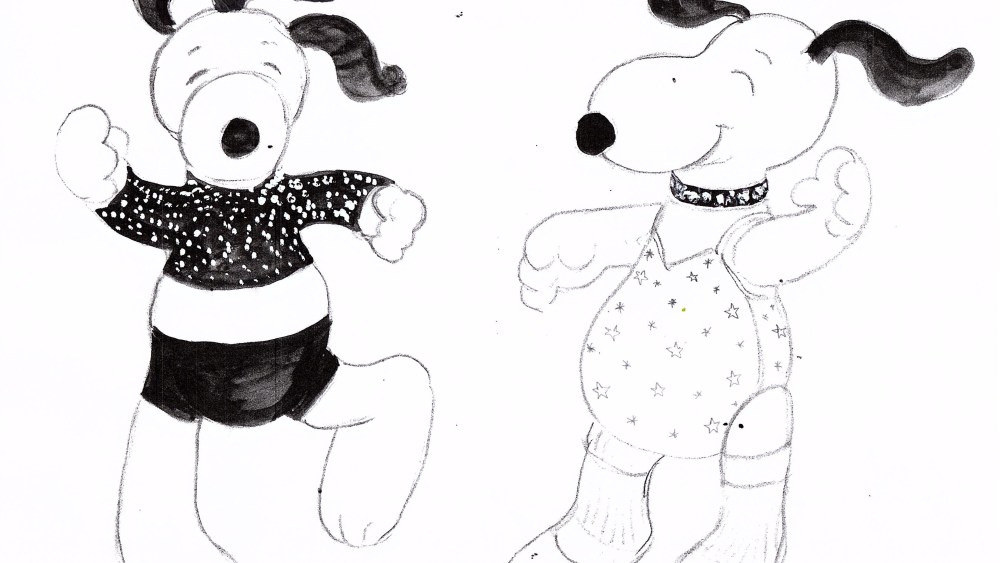 DOG’S DAY: Snoopy and Belle are back on the fashion circuit, and this time they’re taking it to the masses with a retail bent. The “Snoopy & Belle in Fashion” project, which debuted at the Louvre in 1984 with nearly four dozen outfits designed by everyone from Karl Lagerfeld to Gianni Versace, has been on a nonstop worldwide museum tour ever since. Its last iteration celebrated its 30th anniversary in 2014 with new designers such as Isaac Mizrahi and Rodarte coming into the mix, and others such as Diane von Furstenberg and Betsey Johnson, who were part of the original exhibit, creating a second set of costumes.

The 2017 tour brings the collection back to the U.S. in shopping malls instead of museums. The first stop is Feb. 14 at Los Angeles’ Beverly Center, and it will hit six U.S. cities before ending at Brookfield Place on Sept. 7 in time for New York Fashion Week, where it will remain until Oct. 1 before it goes overseas.

To mark the Los Angeles kickoff, Peanuts Worldwide — which is 80 percent owned by Iconix Brand Group and 20 percent owned by the family of late creator Charles M. Schulz — tapped designer Rachel Zoe and Danskin ambassador Jenna Dewan Tatum to create outfits for the famous beagles. The actress co-designed her outfits with the brand under the Jenna Dewan Tatum x Danskin moniker. Peanuts also recruited Academy Award-winning costume designer Colleen Atwood, who on Tuesday received her 12th Oscar nomination for “Fantastic Beasts and Where to Find Them.”

Atwood drew upon her huge oeuvre of film costumes and settled on dressing Snoopy as Johnny Depp’s The Mad Hatter in the Tim Burton film “Alice in Wonderland,” while Belle was inspired by her work in Rob Marshall’s “Memoirs of a Geisha.”

“The craziness of Johnny’s character I thought suited Snoopy’s whimsical nature and the girliness of the geisha suited Belle,” said Atwood over the phone from London, where she is working on Burton’s live action and animated “Dumbo.”

“My challenge was not to cover up their cuteness as dogs but to still dress them. Snoopy is so great with just the scarf so how do you design for something that is already perfect?”

Atwood even designed her own textiles for the costumes, as well as the embroidery for Belle’s kimono.

In addition to giving the dolls a more populous venue in shopping malls, the company has devised a new app that when downloaded will direct shoppers to the nearest Peanuts merchandise, as well as provide them with Peanuts-themed Snapchat and Instagram filters — perfect for snapping a selfie with Snoopy.