U.S. snowboarding champion Kevin Pearce, the focus of Lucy Walker’s documentary, talked about his comeback from a traumatic brain injury. 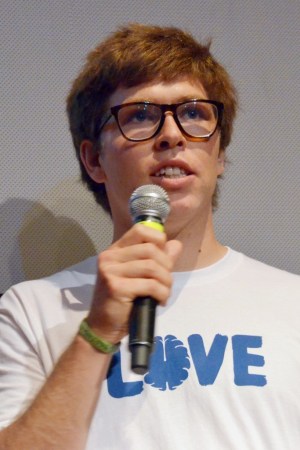 OverActive Media and H4X Team Up to Go After Gamers

NEWPORT SCREENSAVERS: The crowd at last week’s screening of “The Crash Reel” at the International Tennis Hall of Fame kept things casual to fend off the sultry July heat.

Afterward, U.S. snowboarding champion Kevin Pearce, the focus of Lucy Walker’s documentary, talked about his comeback from a traumatic brain injury. Organized by newportFILM founder Andrea van Beuren and sponsored by Andre Balazs’ The Standard Hotel, the event was refreshingly low-key with guests splayed out on the grass tennis courts.

The film details how Pearce, an Olympic hopeful, wound up in a coma after crashing on a training run in Park City, Utah in 2009. In one clip, snowboarding trailblazer Jake Burton joins Pearce (a Burton-sponsored athlete) on the slopes for his first post-accident ride. Footage of numerous extreme sport wipeouts are featured throughout the film and viewers also get wind of the fact that snowboarders now compete on a 20-foot half pipe which can lead to 40-foot falls. In the sport’s earlier days, four-foot to six-foot half pipes were more the norm.

During a Q&A, Pearce (whose family owns Simon Pearce) plugged his fund and its new “Love” T-shirts, an offshoot of his “Love Your Brain” mantra. And at 25, the thrillseeking X-Gamer said he has changed his ways.“Not drinking and not doing drugs have been two of the hardest. Those are not options for me. And getting a lot of sleep. So a lot of sleep and no drugs – those would be my top one and two [tips.]”

Earlier in the night newportFILM founder and artistic director Andrea van Beuren welcomed Pepe and Emilia Fanjul, Alexandra Lind, Carolina Herrera’s Donna Montgomery, Isoude designer Katie Brierley and others to the group’s annual benefit. Travel commitments kept Dodie Kazanjian, Calvin Tomkins, Courtney Moss, Todd and Trevor Traina away. Movie fans will gather again Thursday night on the lawn of Rosecliff for “Running From Crazy,” a new documentary about model and actress Mariel Hemingway’s trials and tribulations. Filmmaker Barbara Kopple will be on hand, but no word yet if Hemingway will join her.