The Topshop Unique show will be live-streamed Sunday at 3 p.m. in London on Topshop’s Web site and at its Oxford Circus store. 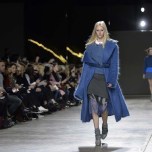 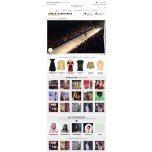 SOCIAL CIRCLE: Topshop has a track record of bringing its runway shows directly to its customers and now, for its Topshop Unique spring show, the retailer is looking to social media. It will showcase a selection of looks solely on its Facebook page, rather than introducing them on the runway. The looks that appear on Facebook will all be part of the full Unique collection, and the images are expected to showcase the detail of the designs. “I believe that enabling Topshop’s fans to view key looks…before our industry insiders is a real revolution — and one that we are proud to pioneer,” said Topshop owner Sir Philip Green. And in another bid to upturn runway convention, Topshop will offer six pieces from the runway for customers to buy immediately after the show — for delivery straight away, rather than preorder — at the Oxford Circus store and on topshop.com.

The show will be live-streamed Sunday at 3 p.m. in London on Topshop’s Web site and at its Oxford Circus store. And the Oxford Circus window will also showcase a screen installation by Hellicar & Lewis, a London-based design duo, which will display the show stream and a mosaic of Topshop-centric Instagram images. From Friday, the screens will show a changing grid of images, both from the Instagram feeds of five individuals that Topshop has selected for their own distinctive Instagram accounts, and from customers around the world who use the hashtag #TopShopWindow.

This story first appeared in the September 10, 2014 issue of WWD. Subscribe Today.

The five Instagram users will also have behind the scenes access at Topshop in the run up to the show and the Oxford Circus screens’ technology will allow customers on the street outside the window to move and manipulate the mosaic of images on the screens, using their arm and hand movements.