The collection’s three styles are fabricated from handmade batik textiles sourced from India. 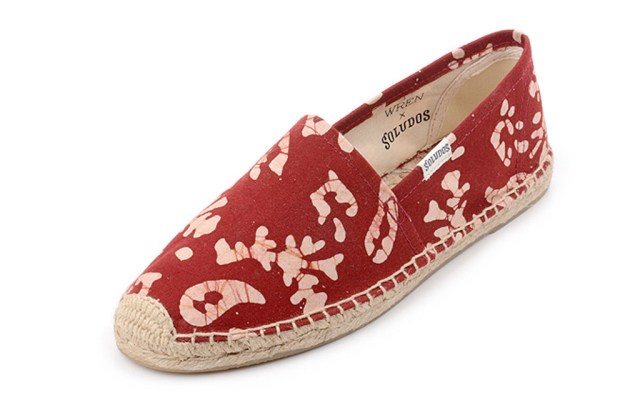 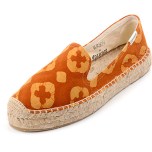 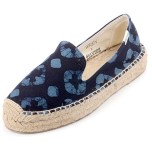 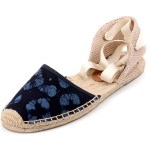 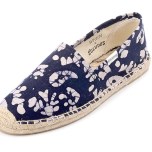 Launching in early May, the limited-edition designs will retail through Soludos and Wren’s own Web sites, as well as Shopbop and Revolve Clothing for between $65 and $85. Their rust-inspired color palette includes shades of blue, red, and orange.

Wren designer Melissa Coker proposed the idea of collaboration to Soludos earlier this year — around the same time that, by chance, a Soludos designer had purchased a pair of Wren batik-print shorts to use as inspiration. “It was kismet,” Coker told WWD.

Soludos founder Nick Brown said of their collaboration: “Both Soludos and Wren love bold color, exotic travel and local craft, so teaming up with Melissa was a perfect match.”

Soludos has previously launched collaborations with similarly cult brands including Shipley & Halmos, Miansai, We Are Handsome, and Opening Ceremony.