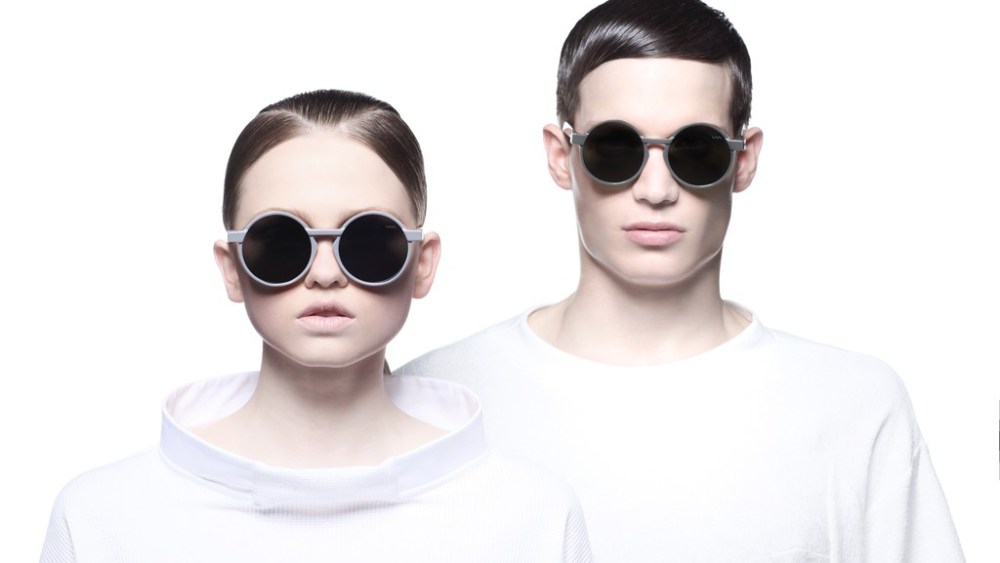 SONAR FLARES: Vava Eyewear is making itself heard at the Sónar Festival. The Berlin-based Portuguese brand officially launched one month ago, but is already in thick of it, serving as a sponsor for the Barcelona music and art event, and presenting its collection in concert with a specially designed installation. The piece, Re-Envision, was created for Sónar 2014 by Portuguese audiovisual artists Miguel Neto and Rodrigo Carvalho, who perform under the name Boris Chimp 504.

The brand has its roots in music, inspired by early techno music – especially from Detroit. The city’s post-industrial degraded futurism holds a special appeal for Vava founder Pedro da Silva, as do the clean lines of Bauhaus design. “The label for me is more about self-expression. Sometimes it’s not about the eyewear itself, it’s about telling something about myself, and how I see the world,“ explained da Silva, standing in front of a table full of futuristic Vava sunglasses.

That narrative includes a move to Berlin last year after serving as head of buying and merchandising for Seven For All Mankind, and a stint as senior buyer for Hugo Boss. Lamenting the quick turnover in fashion, da Silva decided to develop something longer-lasting and hand-crafted.

Vava’s mostly unisex sunglass collection is built on strong geometries, and split into two lines – the minimalist White Label, which sells for 430 euro ($583), and the forceful fashion-forward Black Label, retailing for 450 euros ($611). All models sport flat lenses and signature cube hinges made from aerospace aluminum.

Vava Eyewear can be found in select high-end optical dealers including Punto Ottico shops around Italy and in New York, and concept stores such as Suus in Madrid and Daad Dantone in Milan.

The 2014 Sónar Festival, including Vava’s installation, runs through Saturday.