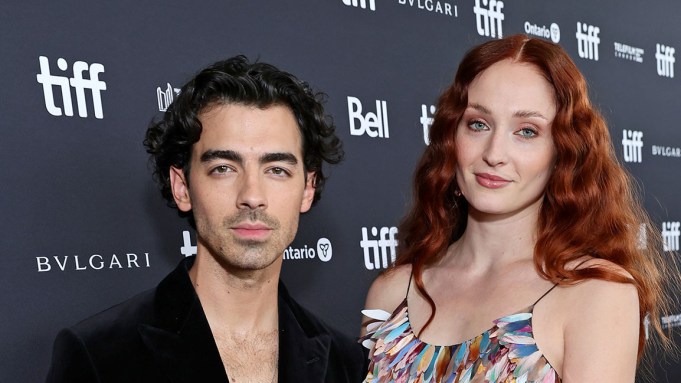 Joe Jonas and Sophie Turner made a stylish entrance on Monday at the Toronto Film Festival. The couple attended the premiere of “Devotion,” which sees Jonas star alongside Jonathan Majors, Glen Powell, Christina Jackson, Serinda Swan and Daren Kagasoff. The J.D. Dillard-directed film will release in theaters on Nov. 23.

Young previously styled Turner for the premiere of HBO Max’s “The Staircase,” which debuted its first season on the streaming platform in May. For the event, Turner wore an oversize Louis Vuitton suit dress with a two-buttoned arrangement, oversize lapels and folded cuffs.

In January, Turner was announced as the face of the fashion house’s campaign for its Tambour Horizon Light Up Connected watch.

Jonas and Turner also appeared together on the red carpet dressed in the brand at the 2022 Met Gala. Jonas wore a white tuxedo and Turner wore a long-sleeve black dress with sandals.