Estee Lauder's whopping 47.14-carat yellow diamond is expected to fetch between $1.5 and $2 million. 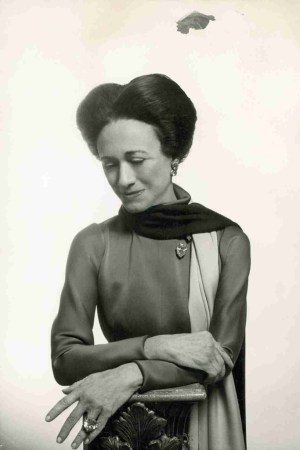 EYE CANDY: Estée Lauder didn’t make a fuss when she took a whopping 47.14-carat yellow diamond to be re-imagined at Van Cleef & Arpels in New York in 1978. The cosmetics maven never let on that the heart-shaped gem had been privately purchased from her friend the Duchess of Windsor, presumably through her lawyer Maître Suzanne Blum in Paris. Lauder had the bauble set in an impressive pendant necklace. Now Sotheby’s expects the piece to fetch between $1.5 and $2 million at its Dec. 5 “Magnificent Jewels” auction. Starting Saturday, bidders and oglers alike can feast their eyes on the bauble at the Upper East Side auction house. As is the case with the gems that once belonged to Evelyn Lauder that are going under the gavel, proceeds will benefit The Breast Cancer Research Foundation.