Yeezy has jumped over the Jumpman again.

Sotheby’s on Monday revealed a new record for the highest-priced sneakers ever: A pair of Nike Air Yeezy 1 prototype sneakers worn by Kanye West at the 2008 Grammy Awards was acquired by sneaker investing platform Rares for $1.8 million from consignor, collector and curator Ryan Cheng in a private sale.

“We are thrilled to work with Sotheby’s on this acquisition,” said Rares cofounder and chief executive officer Gerome Sapp.“Our goal in purchasing such an iconic shoe — and a piece of history — is to increase accessibility and empower the communities that birthed sneaker culture with the tools to gain financial freedom through Rares. We look forward to working with Sotheby’s to continue to identify rare finds that will help elevate, preserve and uphold sneaker culture.” 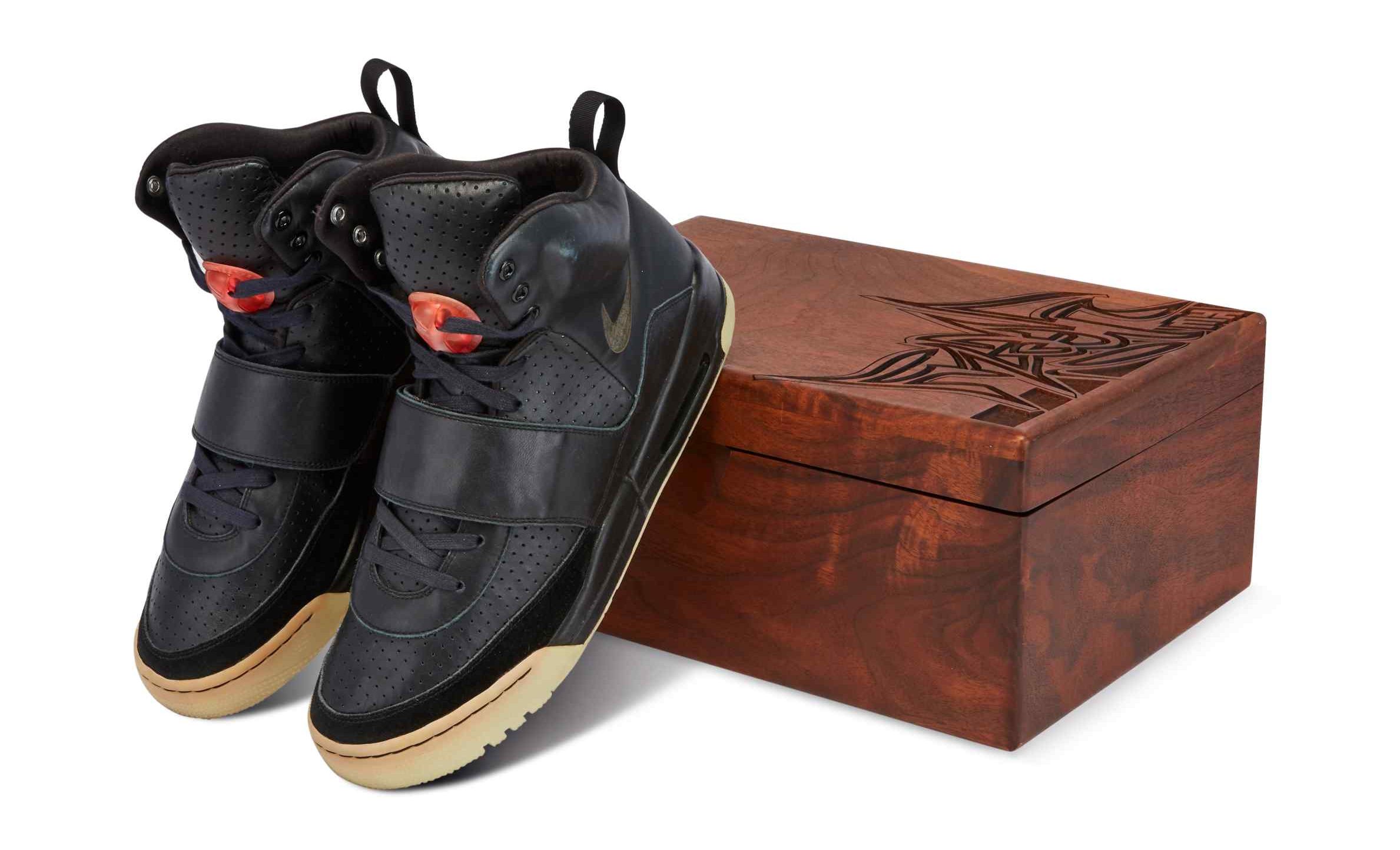 Kanye West debuted the prototype Nike Air Yeezy 1 sneaker at his 2008 Grammy Awards performance where he performed his Grammy-nominated song “Stronger” from his third album “Graduation,” also nominated for a Grammy that evening, as well as song “Hey Mama” from his album “Late Registration” that he performed in tribute to his late mother, Donda West, who had passed away three months before.

The black high-top sneaker designed by West and Mark Smith was never released, but the official black version featured pink details on the tongue and interior lining. The additional two colorways were much brighter in gray and natural. Nike and West would later release the Nike Air Yeezy 2 in gray, black, and all red, which was dubbed the “Red Octobers,” before their partnership ended.

West then joined Adidas, where they established the Yeezy sneaker line and apparel collection. The Yeezy sneaker line was valued at over $1 billion in 2019, and recently his Adidas and Gap deals were valued between $3.2 billion and $4.7 billion, increasing West’s net worth to $6.6 billion.

“The sale speaks volumes of Kanye’s legacy as one of the most influential clothing and sneaker designers of our time, and of the Yeezy franchise he has built which has become an industry titan,” said Brahm Wachter, Sotheby’s head of streetwear and modern collectibles. “Furthermore, it builds on the recent growth in Sotheby’s sneakers, which is now offered across our buy-now marketplace, auction, and private sales.”