Among eclectic lots from the late illustrator’s collection are a portrait by David Hockney, a Picasso ceramic owl and a quirky pair of Pierre Cardin shoes. 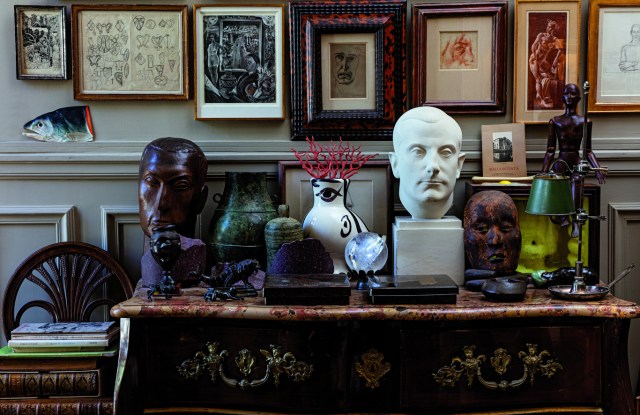 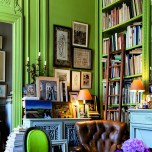 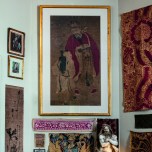 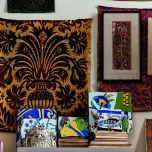 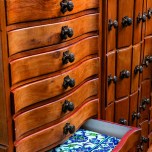 ART AND SUNDRY: The collection of French illustrator Pierre Le-Tan, who passed away in 2019, is going under the hammer this spring.

Ahead of the sale at Sotheby’s in Paris, an exhibition will re-create the interiors of Le-Tan’s Parisian apartment, where the prolific collector displayed his eclectic finds spanning the Antiquity to the early Aughts. The live auction, featuring 180 items, will take place on March 16, while a further 200 lots will be auctioned online from March 9 to 17.

“We’re trying to stay true to his spirit. It’s not one of these collections where you’re going to have a $20 million Picasso. It’s a universe we want to re-create, one we hope will appeal to all kinds of collectors around the world. There’s something for everybody,” said Etienne Hellman, senior director of modern art at Sotheby’s.

Going under the hammer are a Picasso owl; tiles collected with friend and Italian author Umberto Pasti and featured in the illustrator’s work; books from his private library and stamped with an ex-libris based on one of his drawings; a 1930s plaster cast of decadent socialite Stephen Tennant’s left hand, estimated to go for 100 euros to 150 euros; and a pair of Pierre Cardin-designed shoes in the shape of feet from the 1980s, with a guide price of between 800 euros and 1,200 euros.

A highlight of the sale will be 40 drawings by Le-Tan himself, highly sought-after by collectors for their rarity on the market. Also listed in the auction are paintings by his father, the Vietnamese painter Le Pho, and a portrait of Le-Tan by David Hockney — the friends had drawn each other — estimated to sell between 30,000 euros and 50,000 euros.

A catalogue featuring texts by the artist’s friends is also in the works.