The 140 lots from Didier Ludot's collection include dresses by major fashion houses and Christian Dior footwear by Roger Vivier. 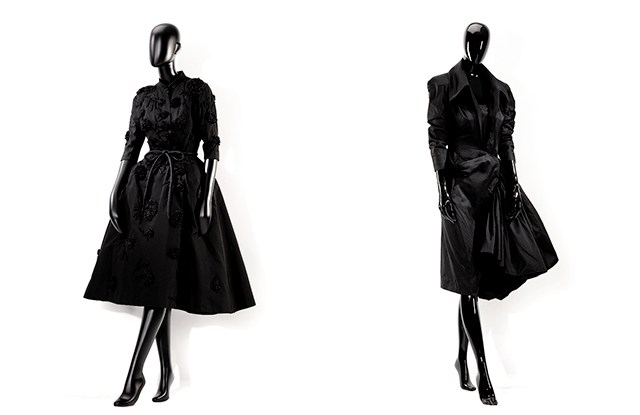 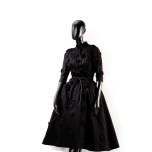 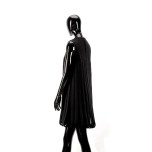 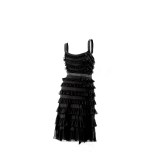 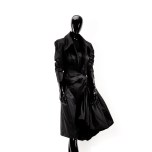 DRESSES TO IMPRESS: “The history of the little black dress is the history of fashion itself, as it is a garment that has adapted to scores of sociopolitical changes,” said fashion collector Didier Ludot, ahead of his “1921-2010 Les Petites Robes Noires” auction at Sotheby’s on Oct. 3.

For his second sale at the auction house, the Paris-based collector drew a 140-strong contingent of black dresses from his private collection by couturiers and designers such as Mariano Fortuny, Yves Saint Laurent, Jeanne Lanvin, Paco Rabanne and Helmut Lang.

“I’m at a point in my life where I’m thinking about transmissions. Here are items I’ve had for a long time, so I want them to be in good hands,” he said, noting that he had already had inquiries from museums and institutes. But parting is no sorrow for the collector. “Once I have bought them and held them in my hands, they belong to me forever,” he said.

Among the items going under the hammer are a fall 1956 cocktail dress by Hubert de Givenchy, which Ludot called the epitome of the genre; a 1925 Jean Patou “Nuit de Chine” dress, which was previously shown at the Metropolitan Museum’s 2015 “China: Through the Looking Glass” exhibition; a spring 2005 Junya Watanabe dress with zippers forming a Maasai neckpiece; a Chanel dress designed by Karl Lagerfeld in 1985, with a cascade of gold chains, and also a dozen Christian Dior shoes designed by Roger Vivier, which were once donated to him by a liveried driver on behalf of his employer who wished to remain anonymous. A few colored pieces are also dotted through the all-black lineup.

For Ludot, who penned “La Petite Robe Noire,” published in 2001 by Assouline, few items evoke style and highlight a couturier’s talent as much as the black dress. “I wish women would think of the ‘little’ black dress as an armor. With one, they will always be perfect, whether they’re 17 or 70. It has always fascinated me as it touches all social classes, all generations. It suffers no mediocrity because everything becomes visible on a black dress.”

Ahead of the sale, the collection will be on public display, alongside a selection of Christian Dior costume jewelry, from Sept. 29 to Oct. 2 at the auction house’s Faubourg Saint Honoré location.