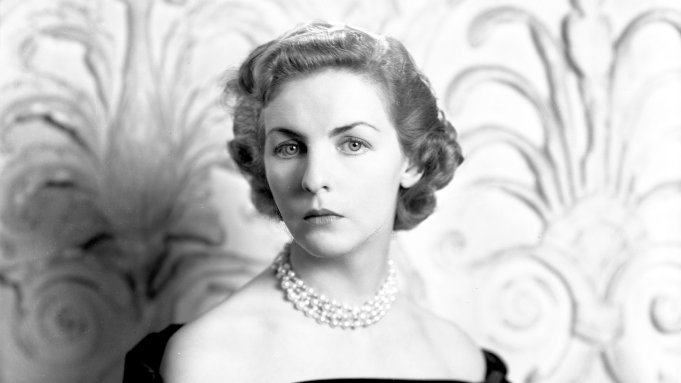 DEVONSHIRE DELIGHTS: Jewelry, furniture, books and ephemera belonging to Deborah, Duchess of Devonshire will go under the hammer at Sotheby’s London on March 2, and the auction will be followed by a show of Cecil Beaton’s photographs of the duchess and her social set.

Known to friends and family as Debo, the duchess was the youngest of the Mitford Sisters, and for half a century the chatelaine of Chatsworth in Derbyshire, one of England’s greatest stately homes.

Her friends included John F. Kennedy, Winston Churchill, Harold Macmillan, Lucian Freud, Evelyn Waugh and Prince Aly Khan. Her wardrobe — which has been left to Chatsworth House Trust, and will not be auctioned — was full of pieces by Hubert de Givenchy, Oscar de la Renta, Balmain and Balenciaga.

Her family said in a statement: “Our mother was very clear about how things should be organized following her death. She left precise instructions for a large number of personal legacies and specific bequests to the Chatsworth House Trust, and the remainder of her possessions she left to us.

“Given the kind of person she was, and the rich and varied life she led, there are more belongings than we can together accommodate. We are keeping items that are particularly precious to us, but we have made the decision to consign the remainder to Sotheby’s.”

The duchess’ archive of personal correspondence — letters, books, manuscripts and documents relating to the Mitford sisters — has been left to Chatsworth House Trust. She was a keen letter-writer, and told WWD in 2009: “I love getting letters. I like the stamp on the envelope and the excitement of the postman arriving. Don’t forget, I’m nearly a hundred years old.”

She was also the author of a string of essays and memoirs, and her prolific correspondence with the late writer Patrick Leigh Fermor was published in 2008.

Objects offered in the sale range from furniture, including Regency chairs commissioned by another Duchess of Devonshire, Georgiana, wife of the 5th duke; objets d’art and artworks acquired by Deborah herself, such as two sketches by Jacob Epstein; photographic portraits of the Mitford sisters, and a clock given to her by Prince Aly Khan.

Jewelry includes a diamond heart-shaped brooch designed by the late duchess’ husband Andrew, the 11th duke, and given to her to mark their diamond wedding anniversary, as well as myriad butterflies, beetles, spiders and caterpillars rendered as brooches in diamonds, gold and gems.

The more than 130 paintings, drawings and prints include works by Lucian Freud, Duncan Grant, and Jo Self, the former artist-in-residence to the Dalai Lama.

Her collection of Elvis Presley ephemera will also be offered, as will items reflecting her love of rural life, including Shetland pony harnesses — she owned and bred over fifty ponies — and forty lots relating to her beloved hens.

Indeed, she once treated Oscar de la Renta to dinner at Chatsworth with her hens and chicks nesting in glass boxes as the table centerpiece. The sale also includes a pair of monogrammed traveling boxes for poultry and a chick-shaped powder compact.

The auction will also feature books inscribed from the Kennedy family and others with dedications from Madonna, Henry Kissinger and Evelyn Waugh. Sotheby’s said the library’s crowning glory is one of only fifty pre-publication copies of “Brideshead Revisited” from 1944 inscribed by Waugh.

The sale will be followed by “Never a Bore: Deborah Devonshire and Her Set by Cecil Beaton,” an exhibition of Cecil Beaton’s photographs of the duchess and her glittering social circle. It will be staged at Chatsworth from March 19 and finish on January 3, 2017.