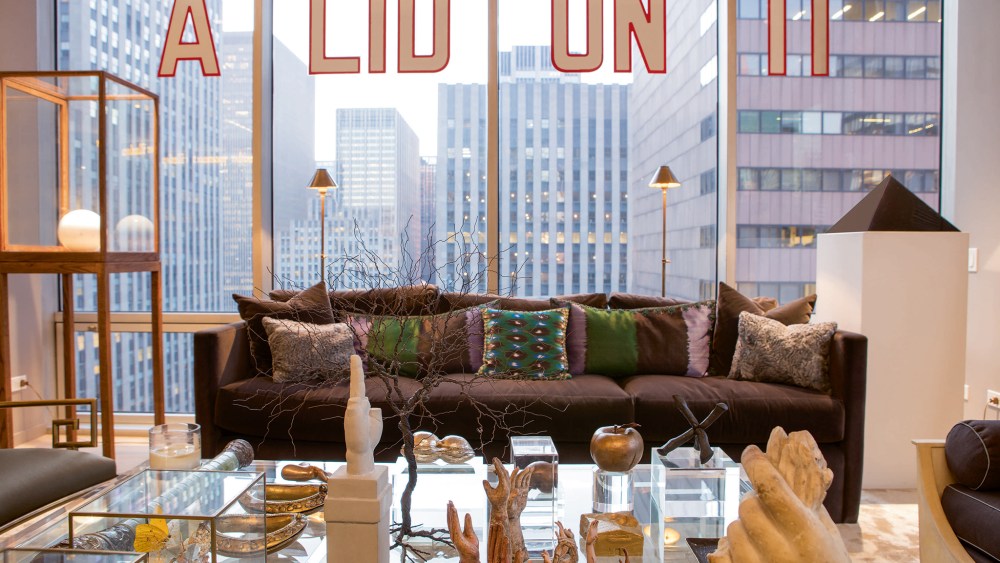 Artworks from the estate of Santiago Barberi Gonzalez are to be auctioned this fall.

On Sept. 27, Sotheby’s will hold a sale of artworks that were kept in Barberi Gonzales’ New York residence.

Barberi Gonzalez, the president and creative director for the Nancy Gonzalez label of luxury, exotic skin accessories, passed away on March 24 at the age of 40.

“People collect for a variety of different reasons. His was not about ‘Let me find the most commercial piece that will go up the most in value.’ It was more about, ‘Let me find the pieces that reflect me the most,’” said Sotheby’s head of private sales for contemporary art, David Schrader, who is overseeing the sale. Belongings from Barberi Gonzalez’s many other residences will not be included in the sale.

Sotheby’s auction, to be held in two sessions over the course of a single day, will highlight the fashion executive’s passion for the arts.

Schrader was among those advising Barberi Gonzalez on his collection. While Schrader only joined the auction firm in February, making the leap from the financial sector, the two struck up a quick friendship. “He worked with a number of people. As a collector, we had lunch every six to eight weeks and would talk about what he was looking at, how it made sense. I think a number of museum curators helped him quite a bit as well,” he said of their relationship.

Barberi Gonzalez’s New York estate is still under Sotheby’s appraisal, and therefore a total sales estimate has not yet been finalized. Schrader said the sale is sure to reach into the millions, though, as many lots are estimated in excess of $100,000.

The sale will be previewed with an exhibit at Sotheby’s York Avenue flagship in Manhattan, where rooms from Barberi Gonzalez’s Olympic Tower residence will be reconstructed to convey his personal vision. Only select items in the exhibit will be available for bidding.

The sale will include a charitable component that is still being finalized by the Gonzalez family.