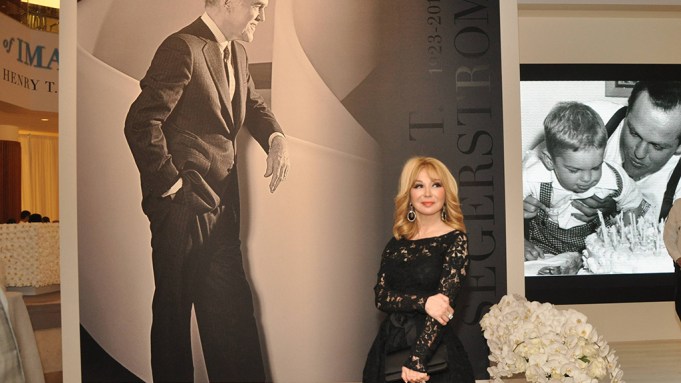 LASTING LEGACY: South Coast Plaza paid tribute to the philanthropist and developer, who turned former farmland into a shopping center that helped shape Orange County, with a new gallery.

The exhibition, called “Courage of Imagination,” contains art, photos and video from Henry Segerstrom’s life, beginning with his childhood in Santa Ana, Calif., on up to land gifted to the South Coast Repertory among many other philanthropic efforts.

The gallery, located in the center’s Jewel Court, opened Friday.

The exhibition, which runs through May 31, attracted more than 1,200 guests to an opening reception Thursday evening. Attendees included government officials, such as California State Senator John Moorlach and U.S. Representative Loretta Sanchez, along with members of the Orange County business and philanthropic communities.