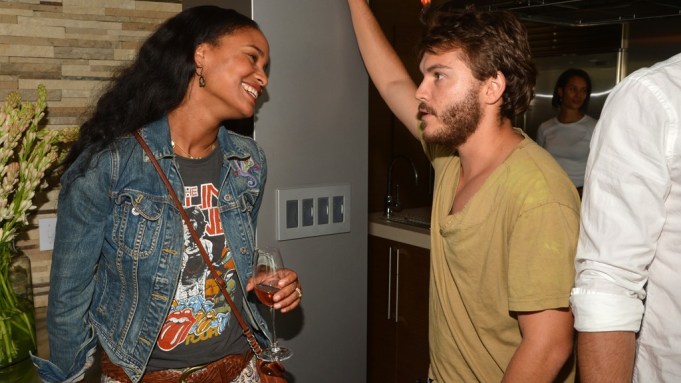 SPEKTOR BY THE SEA: While the East Coast was engrossed in New York Fashion Week, Lucky Brand celebrated its West Coast heritage over the weekend with an event benefiting the Grammy Foundation that toasted California style and culture. It picked the perfect location (a glass-paneled house in Malibu on the ocean), the perfect attire (casual beach chic was the dress code) and the perfect food (chips and guacamole were on the menu) for the theme. Lucky Brand chief executive officer Dave DeMattei introduced the entertainment for the evening, Regina Spektor. “She’s a constant in all of our playlists and in my iPod,” said DeMattei.

Spektor sidled up to a black piano to play a set heavy on songs from her newest album, “What We Saw from the Cheap Seats,” as the more than 100 guests at the event, including Emile Hirsch, Jamie King, Joy Bryant, Jennie Garth and Nony Tochterman, listened intently and snapped pictures with their phones. “I feel famous, so many photos,” chuckled Spektor. The singer has been on a tour that ends its U.S. run in November before resuming the next month in Australia. “I haven’t played solo for a while,” she said. “I feel naked without my band, but the ocean is helping.”