Spot the Panda… Not Spilling It… Nils Bills…

The newest arrivals at Charles de Gaulle Airport near Paris are pandas — not the animals, but the Hi Panda motif designed by Chinese contemporary artist Jiji. 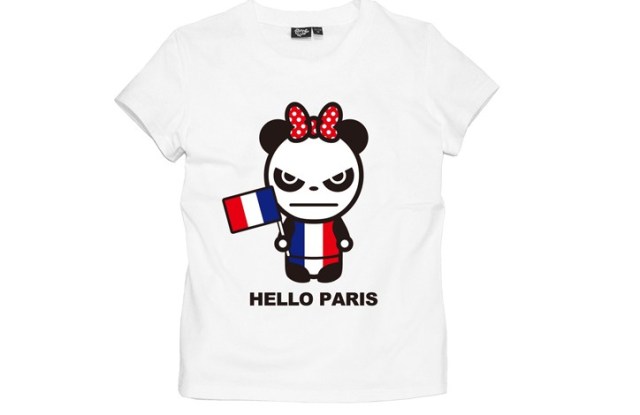 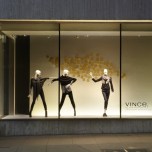 SPOT THE PANDA: The newest arrivals at Charles de Gaulle Airport near Paris are pandas — not the endangered animals, but the Hi Panda motif designed by Chinese contemporary artist Jiji. He has created two exclusive T-shirts, one for men and one for women, emblazoned with the Hi Panda logo holding the French flag. The T-shirts will retail for 40 euros, or $49 at current exchange, for a month at the multibrand duty free store Attitude in terminals 2A, 2F and 2G. Last February, Jiji had a solo exhibition at the Palais de Tokyo in Paris. Antoine Arnault, Louis Vuitton’s communications director, holds a minority stake in the Hi Panda series.

NOT SPILLING IT: Kenneth Cole will launch an online customized T-shirt store today to help raise money for the Gulf area’s oil cleanup efforts. Throughout the month of July, all of the net profits from T-shirt sales will benefit Awearness, the Kenneth Cole Foundation to support the Gulf initiative. Cole will spread the word via a Twitter promotion. Each day for five consecutive days, 20 people who retweet Cole’s message will be chosen at random to win a free T-shirt. The $35 shirts will be sold exclusively through Kenneth Cole Productions’ Facebook page. Shoppers can choose from “12 Kennethisms” such as “I Clean Up Well.” There are also three different graphics and 12 different colors to select. The custom T-shirt store will also be plugged via a West Side Highway billboard at West 57th Street and through Facebook and Twitter.

NILS BILLS: Lars Nilsson is responsible for the underperformance of Mr. Nils, the Swedish designer’s new men’s label that bowed in January, according to Antonio Di Pietrantonio, the president of Movies SpA, which owns Mabro, the manufacturer of the brand. “Unfortunately, despite the strong effort lavished also in economic terms by Movies, Lars Nilsson’s creations have not had the anticipated success. Rather, we went well below every sales expectation,” Di Pietrantonio said. Movies is also taking action against Alessandro Giudice, who was not Mabro’s chief executive officer, Di Pietrantonio said. He gave no other details. Earlier this week, Nilsson charged that Mabro owed him more than $100,000.

STILL GOING STRONG: At age 89, Ottavio Missoni isn’t ready to hang up his sneakers just yet. A former 400-meter Olympic runner, “Tai,” as he is known to friends and family, still participates in various sporting events including the Campionati Italiani di Atletica Leggera, which is an annual track-and-field competition. This event took place last week in Rome and attracted more than 3,000 athletes. The knitwear designer, who was competing in the over-85 group, walked off with three gold medals: in the javelin, shot put and discus categories.

DISNEY’S NEW TARGET: Target and Disney Consumer Products plan to launch a new line of apparel and accessories aimed at tweens in time for back-to-school. Dubbed D-Signed for Target, the line will be available in sizes 4 to 16 and is based on the fashions worn by Disney Channel characters. Merchandise will hit stores on Aug. 1. “We discussed ways to be in line with what Target was looking for as a point of differentiation in the marketplace. We wanted to create an environment where tweens would shop,” said Pam Lifford, executive vice president and general manager of global fashion and home for Disney Consumer Products. While Lifford would not reveal which Disney Channel characters would be part of the line, its shows include “Hannah Montana,” “Wizards of Waverly Place,” “Jonas L.A.,” “Good Luck Charlie” and “The Suite Life.”

BETSEY UNPLUGGED: Not one for formalities, Betsey Johnson let loose Wednesday while being honored by the Fashion News Workshop at the National Arts Club. “I went to Pratt basically to be an artist but what I wanted to do was continue my cheerleading career,” she said. And that she did by transferring to Syracuse University, where she became head cheerleader and went out with the quarterback, “basically achieving what I wanted in life,” she said. In business on her own for 25 years, Johnson said, “When we opened, I was thin and I looked like Keith Richards. My hair was black, short and spiky.” But the thrice-divorced designer doesn’t love marriage. “I’m not married, and I can’t imagine having the time to think about what to do in bed,” she said.

ODE FROM NEIMAN’S: In a display that Kellwood Co.-owned Vince asserts is unprecedented for a contemporary label, Neiman Marcus’ four main windows in Beverly Hills are being devoted to showcasing the brand’s clothes for two weeks. “It is quite an honor, and I have never witnessed anybody of our price point in that venue,” said Vince chief executive officer Rea Laccone. To capitalize on the trend, Vince is expanding its 13-unit store base. It will open stores in Palo Alto, Calif., Chicago and Bellevue, Wash., later this year, and plans to open a store in London in the next eight to 12 months.