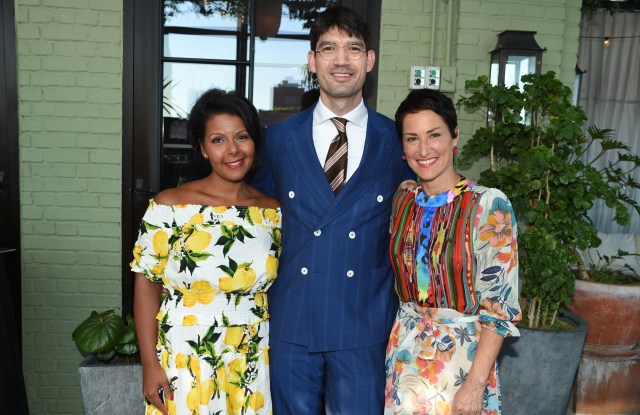 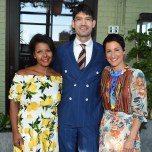 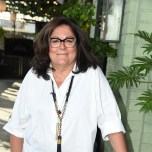 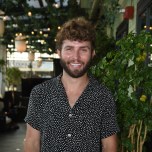 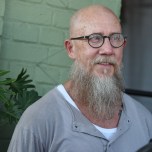 ST. LOUIS IN NEW YORK: A well-heeled crowd converged at the Gramercy Park Hotel terrace on Wednesday evening. The occasion: The St. Louis Fashion Fund was celebrating its inaugural incubator program, which will provide six emerging designers — Donald Charles Smith Brame 2nd and Allison Mitchell of Dallas; Agnes Hamerlik of Chicago; Emily Koplar of St. Louis; Audra Noyes of New York, and Reuben Reuel Riddick of Brooklyn — with free work space within a 7,500-square-foot studio in the city, as well as financial support, mentorship, sales opportunities and access to small-run sampling and manufacturing for two years, beginning in January.

The St. Louis Fashion Fund hopes the new incubator program will drum up the fashion business in St. Louis, which was once a powerhouse of garment manufacturing. Another perk for young designers: the affordability of living and working in Missouri.

“Most people don’t know that St. Louis had a major garment manufacturing business,” said Susan Sherman, chair of the fund. “Some families are still alive that worked there. It all dried up after World War II; everything went off-shore. But we’re hoping brands from all over the country will bring us the creativity and vibrancy that we need.”

“I’ve always had the vision that [in terms of the fashion business], we have New York and we have L.A., but what about people in the middle of the country?” said Eric Johnson, a St. Louis native and executive director of the fund. “It was a nationwide search…and the timing was right for a project like this.”

The six winning designers — narrowed down from 43 applicants — were chosen by a panel that included Fern Mallis; Timo Weiland; Christene Barberich, editor in chief of Refinery29, and Michael Fink, the dean of School of Fashion at the Savannah College of Art Design.

Weiland has a personal connection to the city; his mother is a St. Louis native. “Seeing the videos, the products…it was really a tough decision,” he said of the judging process. “There were a lot of heated disagreements [among us], and there were a lot of great visions on display. But you had to also think about what has legs in terms of a real business.”