The capsule collection was celebrated on Wednesday night with a party downtown at The Hole gallery. 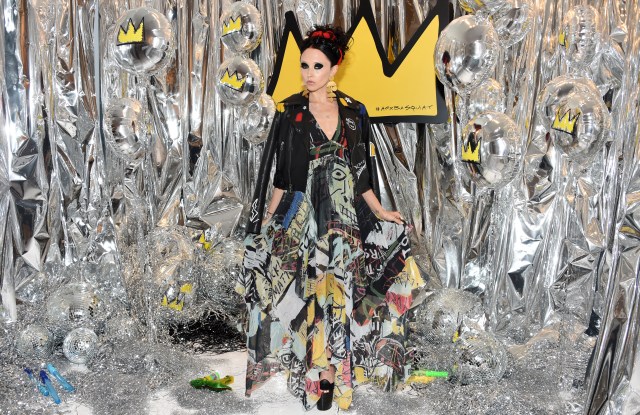 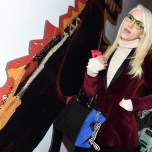 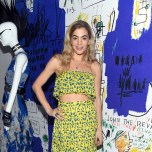 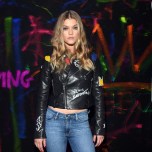 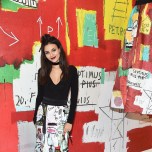 For her second collaboration with the Council of Fashion Designers of America, celebrated on Wednesday night with a party at downtown contemporary art gallery The Hole, Stacey Bendet partnered with the estate of Jean-Michel Basquiat on a 17-piece capsule collection of clothing and accessories that feature renderings of the late artist’s work. And she wanted to do him proud.

“He’s one of my all-time favorite artists,” Bendet said of Basquiat, wearing a printed, ruffled sleeveless maxidress from the collection. “In every single thing I did, I wanted to feel like he would appreciate it, that he would like it and want me to do it — even down to the location, which is downtown where he lived. I wanted everything to feel authentic and real. That was my thought process: How do I bring his art to life — without having him to consult on it — in a way that was 3-D-informed but still felt true to his work?”

After Bendet submitted a proposal to the Basquiat estate — a process which took months to approve — she was given access to his entire archive of Neo-expressionist paintings. Several of his famed works — including “Beat Bop,” circa 1983; “Replicas,” circa 1983; “Ascent,” circa 1983; “Panel of Experts,” circa 1982 and “Notary,” circa 1983 — came alive in the collection’s colorful prints and textures, which Bendet rendered on slipdresses, crop tops, leather motorcycle jackets, patchwork jeans and glow-in-the-dark handbags, shoes and eyewear. Recurring symbols in Basquiat’s work, such as the golden three-point crown, were featured prominently throughout.

“He liked girls who were a little fancy, so I wanted to do some big ballgown skirts,” Bendet said. “And his paintings are so textural, so I beaded and embroidered over the prints.”

Fifty percent of the proceeds from select items in the collection — which ranges from $150 to $1,295 — will support the CFDA’s young talent initiative. The collection will also be sold at Saks Fifth Avenue, Neiman Marcus and other boutiques as well as at Alice + Olivia stores and aliceandolivia.com.

Pierce Brosnan, Nina Agdal, Victoria Justice, Steven Kolb, Nicky Hilton, Lola Schnabel, Cleo Wade, Chelsea Leyland and DJ duo Mia Moretti and Margot of The Dolls turned out to The Hole, which had been transformed into an homage to Basquiat through a series of interactive vignettes, as in a black light room where guests could paint graffiti.

“Stacey is so dear to me, not only as a close friend but as a collaborator,” said Jessica Seinfeld, who was clearly hitting the party circuit hard Wednesday night, having earlier co-hosted a party with her husband Jerry and Ralph Lauren at the Lauren flagship on Madison Avenue. “My husband is obsessed with her…Her character is so rock solid. And her interpretation and application of [Basquiat’s work] is so true to Basquiat, but it’s also so Stacey. She’s so thorough, so refined in what she does.”