Stacey Bendet and Domingo Zapata Toast Collaboration for the CFDA 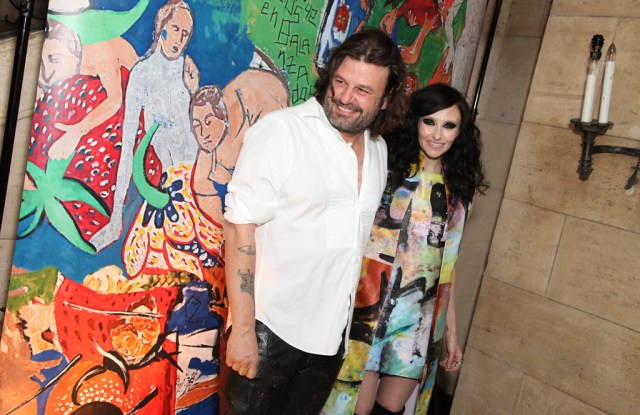 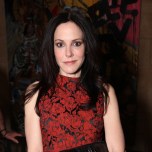 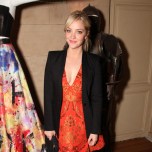 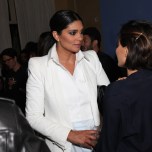 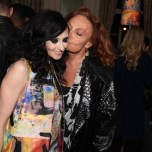 “I do host the occasional party….” Domingo Zapata demured, with the requisite smirk. The Spanish artist’s Gramercy Park triplex — a sprawling 1850s townhouse dubbed “Casa Domingo” on the event’s invitation — was full of PYTs on Tuesday night. They gladly posed on a step-and-repeat on the ground floor, there to fete Zapata’s collaboration with Alice + Olivia’s Stacey Bendet — a capsule of eveningwear benefiting the Council of Fashion Designers of America. The collection — which includes three one-offs hand-painted by Zapata to be auctioned off on Paddle8, as well as a lower-priced range of looks done in printed renderings — is the first in Bendet’s three-year partnership with the CFDA to help support the organization’s efforts to promote young talent.

Bendet greeted Diane von Furstenberg with a hug and showed her around the room, explaining each of the looks on display — hand-painted skirts, ball gowns and leather bustiers — all with Zapata’s signature neo-Expressionist touch. “I’m pregnant,” Bendet said, her belly poking through a Mod-style minidress and floor-length vest from the collection. “I’m like, ‘No photos from the side, please.’”

Model-turned-painter Tali Lennox, who recently debuted her first solo show at Catherine Ahnell Gallery in SoHo, recalled that one of her first modeling gigs in New York was for Alice + Olivia. “Stacey came into my [art show] before it opened and she bought a piece, and I was like, ‘Phewf, at least I sold one,’” she said. “It was a really good confidence-booster.”

Downstairs, in his outdoor garden, Zapata was taking a quick cigarette break. Though he coyly admitted he didn’t know much about fashion, the artist is no stranger to the industry, having collaborated in the past with both Carlos Falchi and Superga on accessories. “I have a show coming up here in New York on May 21 at the Gansevoort Gallery, inspired by [Claude] Monet’s Water Lilies,” he said. “Then, I can rest for a bit. I’ve done six shows in seven months. I’m not doing anything until Art Basel Miami.”