Stamp of Approval… Obedient Sons Closes… Timberlake at the Tents…

An 11-foot dancing lion will be among the performers on hand when the U.S. Postal Service unveils its 42-cent stamp honoring the Chinese Lunar New Year. 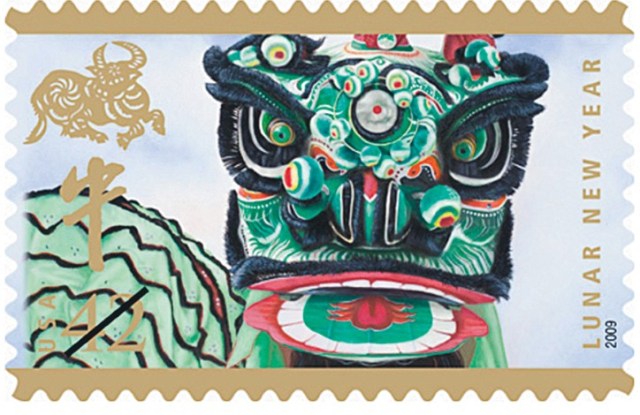 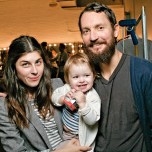 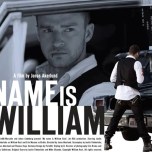 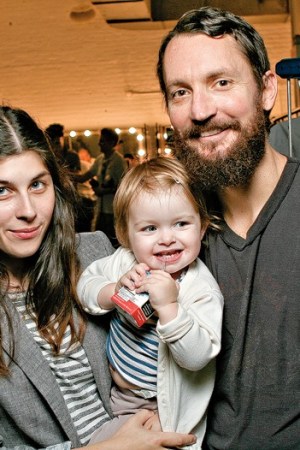 Christina and Swaim with daughter Lowe

STAMP OF APPROVAL: An 11-foot dancing lion will be among the performers on hand when the U.S. Postal Service unveils its 42-cent stamp honoring the Chinese Lunar New Year on Thursday at the Fashion Institute of Technology.

This story first appeared in the January 8, 2009 issue of WWD. Subscribe Today.

ORPHANED…: Husband and wife design team Swaim and Christina Hutson revealed the closing of Obedient Sons LLC on Wednesday due to problems with their majority investor, said to be Green Day bassist Mike Dirnt. “For the last year, we have continuously fought to maintain daily operations and have exhausted all alternatives and at this point we need to move on,” said Swaim Hutson. The collection, called Obedient Sons & Daughters, began with the men’s line Obedient Sons in 2002 and expanded to women’s wear (Daughters) in 2007. The line was known for its tailored, boyish styles — editorial favorites of late. Lest this be chalked up to another case of loss for the little guy, there’s an optimistic twist to the story: The Hutsons will launch an independently owned sibling venture for fall with a show on Feb. 14 during New York Fashion Week. According to a spokesperson, the couple had been designing the new collection, the name of which will be revealed once the invitations are sent out, while working on Obedient Sons & Daughters. While it will also feature men’s and women’s wear, it is reportedly not a revision of the original collection. As they say, out with the old, in with the new.

TIMBERLAKE AT THE TENTS: William Rast, the brand backed by Justin Timberlake, will make its Bryant Park debut next month when it holds its spring show at the tents during New York Fashion Week. The show is scheduled for Feb. 16 at 7 p.m. And for those who might anticipate a concert, there won’t be one. A spokeswoman for William Rast said that while Timberlake is scheduled to be present at the show, there will be no performance. This will be the brand’s second show during fashion week in New York. The last show, in September, was held at the Roseland Ballroom when a Timberlake performance was rumored but never materialized, much to the anger of attendees.

Meanwhile, while some notable women’s designers are shying away from runway shows next month, early drafts of the fashion week calendar show a handful of men’s wear designers taking the leap from presentation to runway, or dedicating runways solely to their men’s collections for the first time. Richard Chai, Gilded Age, Antonio Azzuolo and Jurgen Oeltjenbruns are all scheduled to have men’s shows in February. Victor Glemaud is pairing up with Staerk for a single show. As reported, Calvin Klein will also hold its men’s show in New York, taking a break from the past several years in Milan.

ST. JOHN SLIMS SHOW: Speaking of shows — but this time on the other coast — St. John, the Irvine, Calif.-based knitwear brand with a loyal cadre of fans, has downsized its biannual runway show, set for Jan. 13 in Orange County, Calif. The company has traditionally held fall and spring runway shows in January and July for its most loyal customers (no buyers and only local press invited). For the last couple of years, about 400 ladies have converged in a tent erected in the courtyard of the Orange County Performing Arts Center in Costa Mesa. Years before, the show has taken place in even larger venues, such as college campus auditoriums and sports halls. This year, presumably due to belt-tightening measures, the company is opting for an informal runway show for only 50-100 customers.

VALENTINO SAYS NO: A spokeswoman for Valentino said Wednesday that neither the designer nor his longtime business partner Giancarlo Giammetti has any links whatsoever to Bernard Madoff. Earlier this week, London’s Evening Standard newspaper, quoting unnamed sources, reported that Valentino was a victim of the disgraced financier’s Ponzi scheme.

BARNEYS GETS RATIONAL: Barneys Co-op heeded the call of recessionistas by partnering with Los Angeles-based label Society for Rational Dress to introduce an exclusive collection of drapy tops retailing for $150. Launching in February, the collection features spun rayon jersey tunics and T-shirts that swathe the body with the help of dropped sleeves, low necks and trims cut out of silk, leather and chains. Society for Rational Dress designer Corinne Grassini is no stranger to spinning limited collections for high-profile retailers. Last year, she created pieces sold exclusively at the directional boutique Satine in Los Angeles. This time around, she worked closely with Barneys Co-Op senior buyer Megan Mitchell. “The buyer knows the customer better than I do,” Grassini said. “I want them to have a designer look but be at an affordable price point.”

JIMMY CHOO GETS THE BOOT: Jimmy Choo is teaming with Hunter, the British firm famous for its Wellingtons, to create a limited edition rubber boot. The glossy black boots are embossed with a signature Choo crocodile print and boast gold buckle hardware, metal rivets and leopard-print lining. They will be sold in the U.S. and U.K. from June, priced at $395. Jimmy Choo founder and president Tamara Mellon said she was inspired by images of hip British girls traipsing through the mud in their Hunter Wellies at outdoor music festivals like Glastonbury. Ah, the pleasures of a wet and windy English summer.

This year’s Year of the Ox stamp was created by Kam Mak, an associate professor in the school’s illustration department. It is the second in a series of 12 Lunar New Year stamps he has been commissioned to do. The Brooklyn resident teamed up with Ethel Kessler to commemorate The Year of the Ox, which will be celebrated from Jan. 26 to Feb. 13, 2010. The public can get a jump on the festivities at Thursday morning’s event, where there will also be a drum and gong performance to scare away any evil spirits.

COAT OF ARMS: Nonprofits are bracing for the worst due to the ongoing financial fallout, but Dennis Basso helped the Aspen Art Museum get a lift last week. A Russian broadtail and sable coat he designed was auctioned for $90,000 at the museum’s winter benefit at the St. Regis, which also featured a runway show. The new owner preferred to keep a lower profile than fellow Basso devotee Kathy Griffin, who donned one of his coats to cohost the Times Square New Year’s Eve countdown with Anderson Cooper.

BOX OFFICE: Fashion still has plenty of pulling power in France — at least to museums. Between May and December 2008, some 125,000 visitors trekked to Christian Lacroix’s hometown, Arles, situated on the western edge of Provence, to check out the Musée Réattu’s vast autobiographical Lacroix exhibition. The show, which ended Dec. 31, focused on a dialogue between the museum’s masterpieces and Lacroix’s creations.

COLD MOUNTAIN: Moncler is on a retail run. Following a slew of urban openings in Paris, Milan and, last month, Hong Kong, the Italian outerwear company has added an Alpine address in Switzerland’s Gstaad. Getting in the winter spirit, the store, designed by Gilles & Boissier, features blue stone boards and a ceiling crafted from fir tree planks.