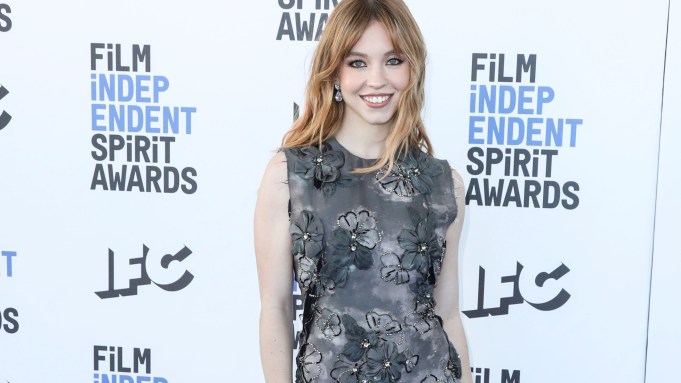 Some of Hollywood’s biggest stars attended the 2022 Independent Spirit Awards on Sunday, with many in bold looks.

The 37th annual awards ceremony took place at the Santa Monica Pier and was hosted by Nick Offerman and Megan Mullally.

In true Stewart fashion, the actress attended wearing an all-white look by Chanel, for which she has been a longtime ambassador. Her outfit featured a white glittered crepe top with a black satin bow and white glittered crepe pants from the Métiers d’art 2022 collection. She also wore a watch by the French label.

Edgar-Jones also stunned in a black dress by breakout London-based fashion designer Nensi Dojaka, who is the most recent recipient of the LVMH Prize for Young Designers, in the brand’s signature cut-out, see-through silhouette.

Lily James appeared in an outfit by Del Core, from the label’s fall 2022 collection. She wore a pink, cropped long-sleeve cold shoulder top with embellishments and puffed sleeves paired with black high-waisted trousers.

Marlee Matlin jumped on the return of the baby pink comeback by wearing a suit from Armani Privé’s fall 2021 couture collection.

Click through the above gallery to see more of some of the standout fashion looks at the 2022 Independent Spirit Awards.