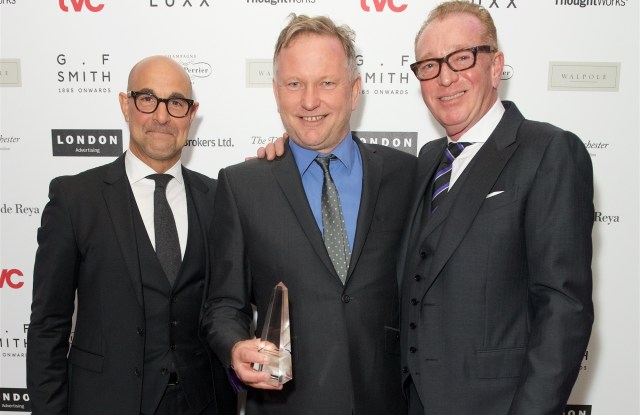 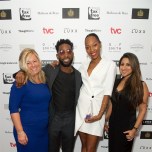 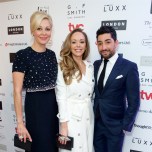 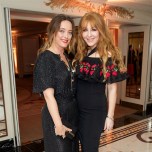 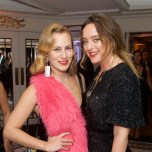 TUCCI TICKLES: “I’m sooo tired,” deadpanned the bespectacled Stanley Tucci, from the stage of the annual Walpole luxury awards on Monday night. “I just got off my yacht.”

No, Tucci didn’t sail the seven seas before arriving at the Dorchester, he was merely poking fun at the British yacht-maker Sunseeker’s prize for manufacturing excellence.

His comments were a welcome break from all of the usual cheerleading, gushing — and earnest thank you’s — on awards night.

A few minutes later, Tucci handed an award to “I guy I know, and I like,” Soho House Group founder Nick Jones, for promoting British luxury overseas.

Walpole, the association of British luxury brands, handed out its annual luxury awards with presenters also including Tinie Tempah and Alice Temperley, and winners such as Burberry, Charlotte Tilbury, Gary Card, and Ralph & Russo.

Makeup artist and entrepreneur Tilbury, who won for brand of the year, said she believes the English sell their talent “too cheaply” to the world — one reason why she wanted to build a standalone British makeup brand.

Savile Row’s first female tailor Kathryn Sargent, meanwhile, admitted that most — but not all of her clothes are bespoke.

Dressed in a Wedgwood blue wool crepe suit with a tailcoat style jacket and high-waist, Sargent admitted that she does — on occasion — wear jeans, and definitely does not make her own pajamas.

“That’s a step removed from what I do,” said the tailor who opened her shop on Savile Row earlier this year.

Sargent was one of four brands and creatives to win the emerging luxury talent award. The others were set designer Gary Card; fashion brand Mother of Pearl; chef Ben Murphy.

Guests at the dinner included entrepreneur Christopher Suarez; Anya Hindmarch chief executive officer Helen Wright, who picked up the award for digital innovation on behalf of the brand; Nadja Swarovski, Alice Temperley, Lady Kitty Spencer and Tinie Tempah, some of whom also doubled as presenters.

Each year, Walpole asks nominees to come forward, and the winners this year were chosen by a panel of judges headed by Michael Ward, managing director of Harrods and Walpole’s chairman.

Other judges include Gillian de Bono, editor of the FT’s “How to Spend It” magazine, and the chef Marcus Wareing.

Walpole’s aim is to promote, protect and develop the U.K. luxury through its mentoring programs, events, research and public affairs activities work with the British government.