The designer, with honorary cochairs Amy Adams and Darren Le Gallo, welcomed 1,500 guests to the fund-raiser on Sunday afternoon. 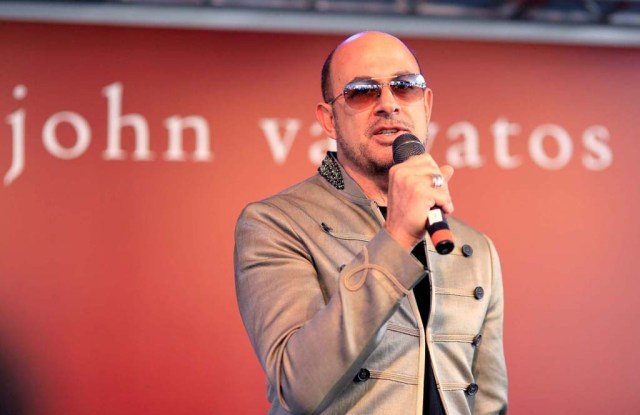 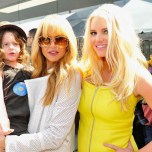 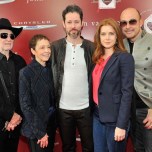 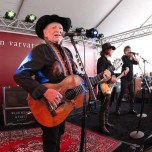 STAR-STUDDED CELEBRATION FOR STUART HOUSE: For celebrities and do-gooders who might have aged out of the Coachella Valley Music and Arts Annual Festival held the same weekend, John Varvatos hosted a Sunday afternoon of fun and music at a party benefiting Stuart House. Providing a stroller valet as well as snacks popular with children and gourmands, like deep-fried PBJ sandwiches and ice cream made with liquid nitrogen, the designer, with honorary cochairs Amy Adams and Darren Le Gallo, welcomed 1,500 guests, including Jessica Simpson, Paul Simon, Joe Manganiello, Adrian Grenier, Christopher Meloni, J.D. King and Linda Ramone, to his 11th annual fund-raiser.

The family theme continued with a concert by Willie, Lukas and Micah Nelson, aka Willie Nelson & Sons, from Varvatos’ fall 2013 ads, and a DJ session by Paul Hicks and Beatles scion Dhani Harrison. Courtney Love, swarmed by paparazzi as she entered the white tents covering the street next to Varvatos’ West Hollywood boutique, was game to pose for photos with fans, while Rachel Zoe and her son Skyler Berman got crafty in a kids’ section sponsored by Hasbro Studios.

Chrysler, for whom Varvatos designed limited-edition 300C luxury sedans, collaborated again with the designer on garment-dyed bandanas and scarves benefiting Stuart House. Raising $939,000, the event included an auction for tickets to Diane von Furstenberg’s New York fashion show in September, a day in Santa Monica cosponsored by James Perse and leather bags by Varvatos, 3.1 Phillip Lim and Milly. One of the hottest items was a guitar signed by the Red Hot Chili Peppers along with socks covering the rock stars’ manhood in their infamous seminude portrait. The new owner with a winning bid topping $8,000 was another music veteran: LL Cool J. “I’m happy to contribute. I would have given the money for nothing,” the “NCIS: Los Angeles” actor said. “As a child growing up, I experienced abuse in my life on certain levels.…Now I have my tube socks!”