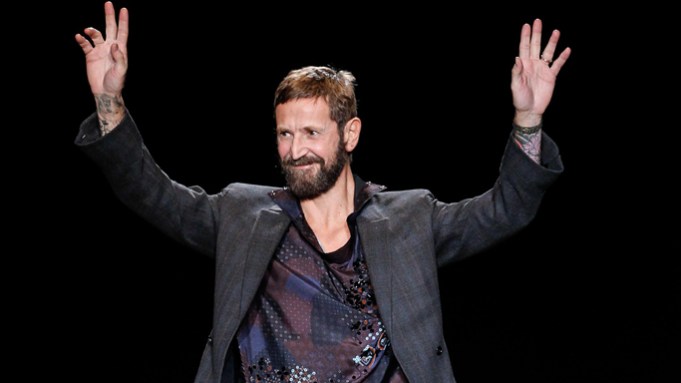 PILATI’S PLAN: Stefano Pilati is using Instagram Stories as a testing ground for the possible launch of a signature brand: He’s posted 17 looks, all of them black, and they could be the seed of “something to come in the near future, something more developed,” the designer said.

Pilati followers had better tune in while they can: Images on Instagram Stories disappear after 24 hours, and Pilati started posting two hours ago. On his main Instagram feed, the designer posted one video and two still shots, captioned “Random Identities 1” to pique interest in the project. The video was directed by Matt Lambert.

The brand, if it gets off the ground, will be called Random Identities, which stands for “freedom of behavior.” Pilati said he wants the fashion to support individual choices “beyond the known gender signals.” He wants people to experience fashion in a more personal way, instead of being distracted by craftsmanship or advertising.

GALLERY: All The Looks From Stefano Pilati’s Test Collection on Instagram >>

The looks are genderless and seasonless, and the prototypes will not be put into production. They are not for sale. The looks are inspired by Pilati’s friends in Berlin, and the designer said it’s a test to see if he’s interested in pursuing a personal brand, and to study the response he gets from Instagram. 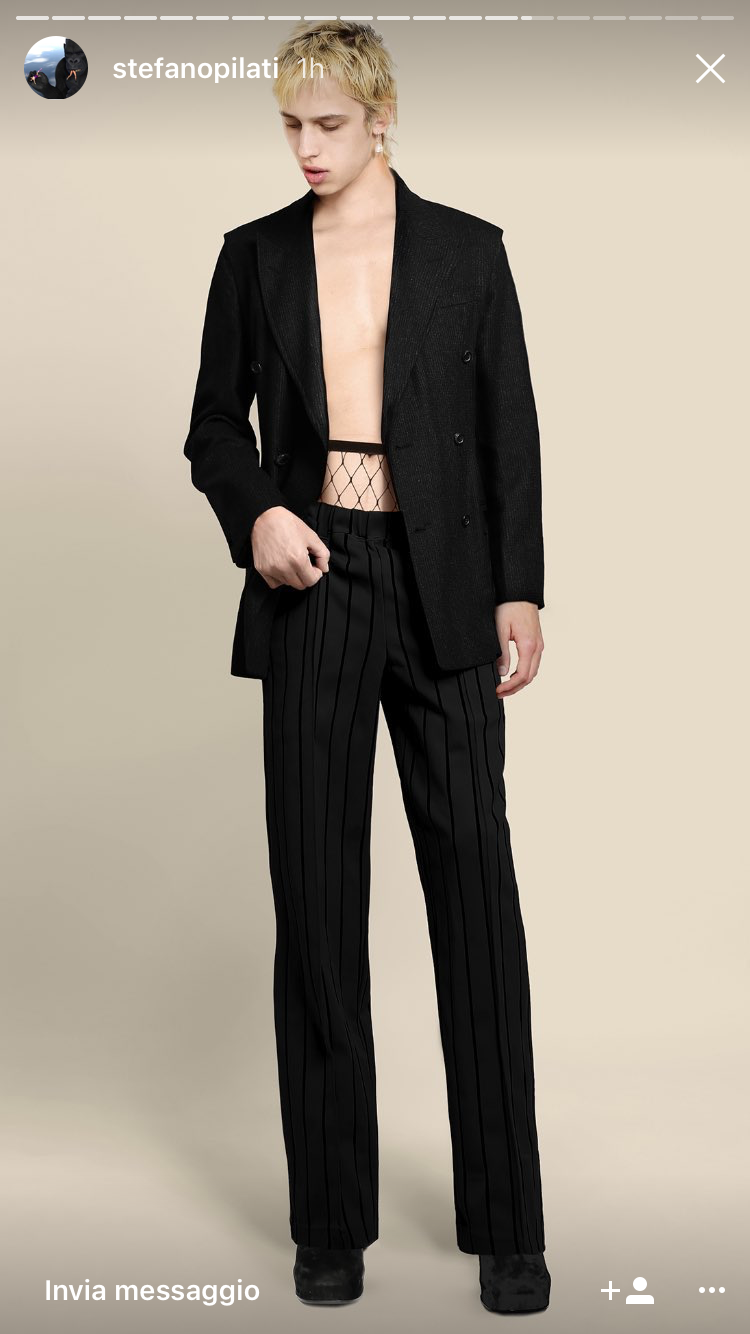 He said he won’t move on the project until his production standards are up to snuff, although he’s expecting the timing to be “sooner rather than later,” and is promising an “exceptional” price/value relationship.

The 17 looks include slim, double-breasted suits worn with high-heel boots; a leathery, draped bomber jacket; a fierce belted leather trench; a demure, knee-length skirt and fishnet stockings; dresses, and coats. Some men wear women’s clothing, women wear men’s wear, and it’s all meant to be swapped around. Have a look before it disappears.