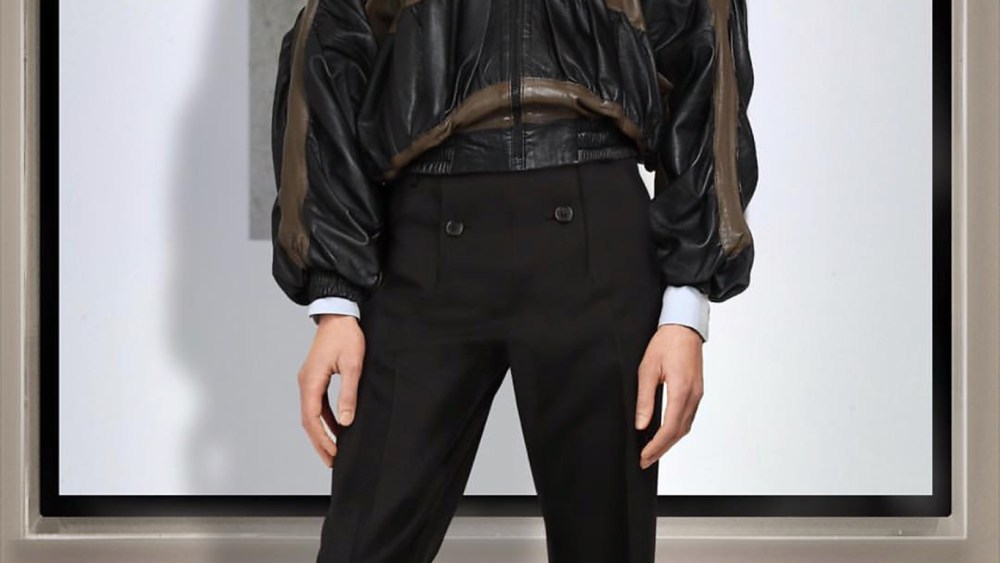 PILATI’S ENCORE: Stefano Pilati has taken to Instagram Stories for the second time, revealing teaser images that suggest that his latest fashion project — revealed in June — is progressing, although he has yet to detail plans for it.

“For the second Instagram Stories story of Random Identities, the focus is on the fashion, as in the art used as the background of the 15 looks,” Pilati said to WWD over e-mail. He was referring to the images of his models, who are posed in front of artworks. “The brand concept is still in development and once more, the clothes aren’t for sale. #itisnotaboutsilhouettes #artbystefanopilati.”

Pilati plans to post 15 looks. The first ones include some male models wearing women’s clothes and some women wearing men’s wear. They are wearing trousers, coats and knee-length skirts in a palette of black, white, khaki and denim — and a little bit of brown. He also showed a striped leather bomber, slim suits, a belted dress, button-down shirts, sweaters as well as T-shirts.

It is understood that the artworks in the background were created by Pilati in the Nineties, before he embarked on his fashion career.

This is the second time Pilati has used the social media platform to showcase images from Random Identities. In June, WWD reported that the designer was using Instagram Stories as a testing ground for the possible launch of a signature brand.

At the time, Pilati posted 17 looks — inspired by his friends in Berlin — which were all-black, genderless and seasonless. Pilati hinted at “something to come in the near future, something more developed.” The brand, if it launches, will be called Random Identities, which stands for “freedom of behavior.” Pilati — who has been spotted at several shows during Paris Men’s Fashion Week — said posting on the platform is a test and that he planned to study the response he receives from Instagram.