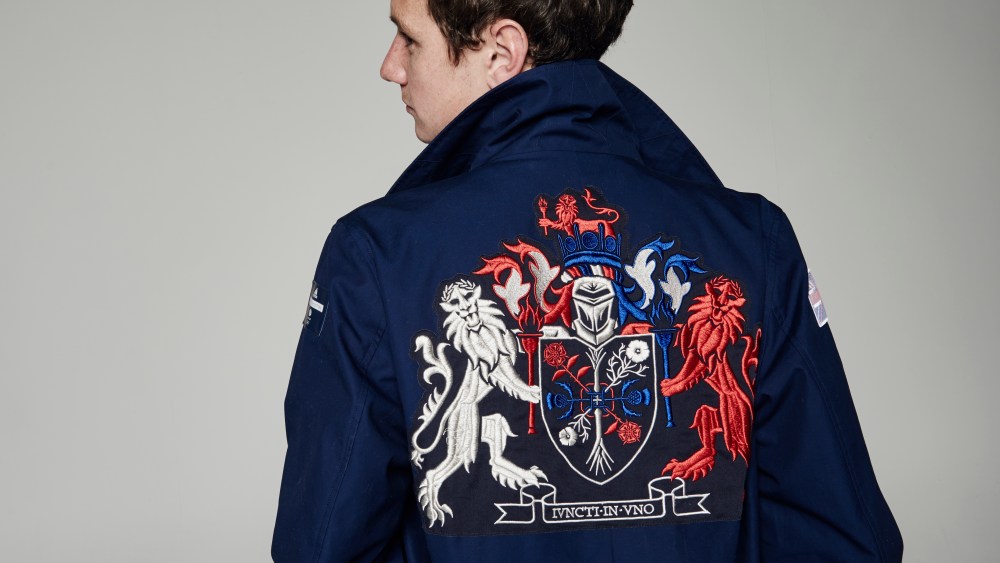 TEAM STELLA: Stella McCartney is continuing her ongoing collaboration with Adidas and Team Great Britain for the Olympics and today, in anticipation of the Opening Ceremony in Rio, the brand has unveiled the looks McCartney has designed for the Olympians to wear during the ceremony.

Following up on her role as Team GB and Paralympics GB creative director at the 2012 London Olympics, McCartney has also designed the team’s official uniforms, revealed last April.

The opening ceremony looks feature the same color palette of blues and whites and the newly commissioned coat of arms.

The designer had worked closely on the coat of arms, with elements that symbolize different parts of the British Isles, such as the rose, laurel leaf, flax and lion “to create a strong identity and make the athletes feel like a team.”

During the unveiling of the uniforms’ earlier this year, the designer said that having the opportunity to work on the new coat of arms “made us feel a huge sense of pride in coming together as a team, which only happens once every four years.” She was also happy to take on the challenge of working with narrower fabrics and materials for the first time and adding a fashion touch to everything from the jackets to the men’s racer swimsuits.

When designing the pieces for the Opening Ceremony, McCartney looked to her signature silhouettes for inspiration, focusing on loose tailoring. Male athletes will wear a navy tailored pea coat, featuring classic embroidery of the coat of arms and military-inspired detailing. The pea coats are matched with white shorts and a smart blue poplin shirt.

The women’s look includes a sportswear-inspired blue dress made of high performance perforated fabrics, paired with a white tailored jacket which, similar to the men’s wear style, features the embroidered coat of arms at the back and gold buckles.