By Rosemary Feitelberg on May 8, 2018
View Slideshow 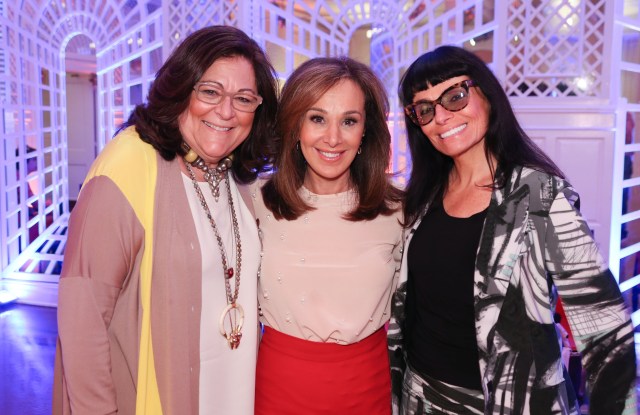 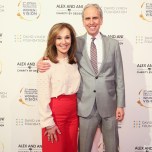 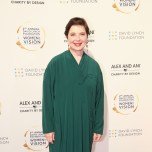 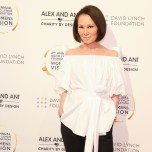 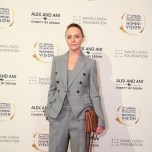 The Alex and Ani-sponsored event at 583 Park raised money for a New York City initiative that will teach Transcendental Meditation to 1,000 women survivors of domestic abuse and sexual assault. Started by the “Twin Peaks” filmmaker, the foundation offers TM training to numerous at-risk populations. DLF director Bob Roth offered attendees a crash course, explaining, “It gives effortless access to the deepest core of our own being. This isn’t something you have to believe in, read about or imagine. We access it. It’s not a mass thing. You have your own professionally trained, certified teacher who works with you so you’ve got it.”

Early on, host Rosanna Scotto spoke with Roth about her pre-TM self, “I was anxious, angry, unhappy, stressed out, frenetic. “Italian,” he offered. Confirming that assessment, she added, “And that was just before breakfast. Now that I’ve learned the practice, I’m much more calm and definitely more focused.”

Acknowledging McCartney’s environmentally conscious and cruelty-free approach to fashion, Isabella Rossellini said of the Humanitarian Award honoree, “When I wear her fashion, I don’t feel guilty and I learn about lots of things that I didn’t know. ”

The designer said, “I came to meditation. Well, I mean you know I was born into meditation, essentially. I can’t take credit for anything.”

Although the designer learned of it at an early age, she personally came to meditation “through trauma and loss,” when her mother Linda passed away 20 years ago. “I went to meet the Maharishi. I said, ‘Dad, this is the time to get back into the meditation mode,’” she said.

Facing panic attacks after her mother’s death, McCartney said learning to meditate saved her. McCartney’s four children have also been trained in TM by Roth. A couple of years in, her “pretty savvy kids” wondered if they all had the same mantra. “They now obviously have escalated to second-stage meditation and they have all got different mantras. I’m sure we’ve all got different mantras.”

While TM practitioners are not supposed to share their mantras, McCartney said, “My mum and dad actually told each other their mantras which I thought was extremely romantic. But I have not told my husband my mantra.”

Noting how the foundation gives meditation for free and extensively helps the less fortunate, McCartney said that is “probably one of the best gifts you can have because it is something that you can take everywhere. I’m sure a lot of people in the room travel a lot, we carry our bags around and we have a lot going on in our lives. Meditation is something that I just carry around in my back pocket and in my heart for free. It’s weightless, effortless and it’s a real gift.”

Accepting her Humanitarian award from Norma Kamali, Mallis said, “The fact that I am being honored by the David Lynch Foundation is really crazy. It’s the last organization on earth that I thought this would happen with. Reminding the crowd that the event was a fund-raiser for women and children who are victims of sexual assault, “which in today’s climate is pervasive. I only wish that we could get to all the horrible men in the world and teach them to meditate.”

The DLF also honored Leybe Diaz and Amber Wilkerson with Courage awards. Alina Cho, Mickey Ateyeh, Cindy Lewis and other guests left with more to think about — each received a copy of “Strength in Stillness: The Power of Transcendental Meditation.”