The designer hosted her annual party at the Bruton Street boutique in London. 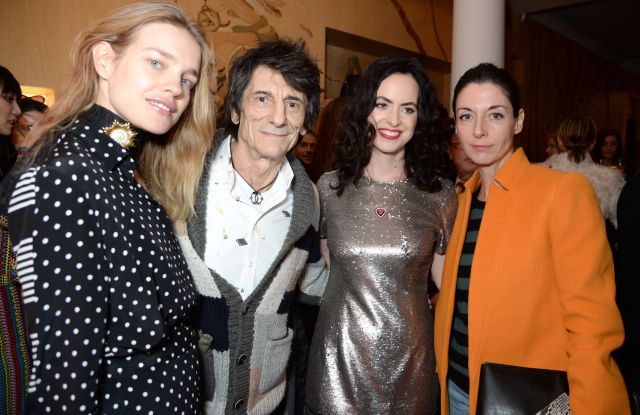 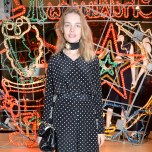 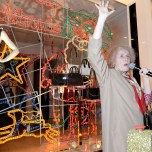 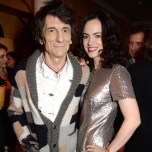 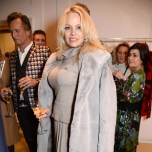 As per tradition, the designer promised a surprise performance, and that’s just what attendees got when British comedian Catherine Tate pressed the gigantic, gold-glitter button to light up the boutique.

Tate, who is best known for her BAFTA-winning and Emmy-nominated “The Catherine Tate Show,” played her famous character “Nan” – a British term for grandmother. She was in full costume, including a very unglamorous raincoat and scarf – and frizzy hair.

“They’ve got everything in there. They have Champagne, there’s Doritos. I don’t like Doritos, but they have hundreds of packets of Doritos completely unopened. They’ve got handbags in there for 700 pounds – 700 fucking pounds. And no animals died. How do you justify that?” Tate said to an audience that couldn’t stop giggling.

Once the lights were on, she finished the performance by sending her wishes – and some indiscretions: “Good luck, happy holidays, and the bags are going on sale in January.”

McCartney has always been drawn to female comedians. At last year’s party “Ab Fab” actresses Joanna Lumley and Jennifer Saunders took to the stage to switch on the lights.

“I think I just love females … and I’m such a huge fan of Catherine Tate, particularly of the ‘Nan’ character. I knew someone like that when I was growing up, and I think everyone can relate to that character,” said the designer, who treated guests to seasonal treats ranging from mince pies to roasted chestnuts, pink popcorn and Christmas cookies in the shape of the brand’s newly introduced perfume, Pop.

“I definitely know a good mince pie. Someone has got to get these away from me,” continued McCartney, who is planning to take a break and spend time with family during the holidays after a busy 2016, which included more than a few launches. There was her first men’s wear line, uniforms for Team GB at the Rio Olympics and the new fragrance.

“I look at every year, and I want to do as much as I can. Next year we will launch the new collection we just shot in New York and work on further refining the men’s wear,” she said.

Her brand also has a series of store openings in the works, including a new boutique in Paris.