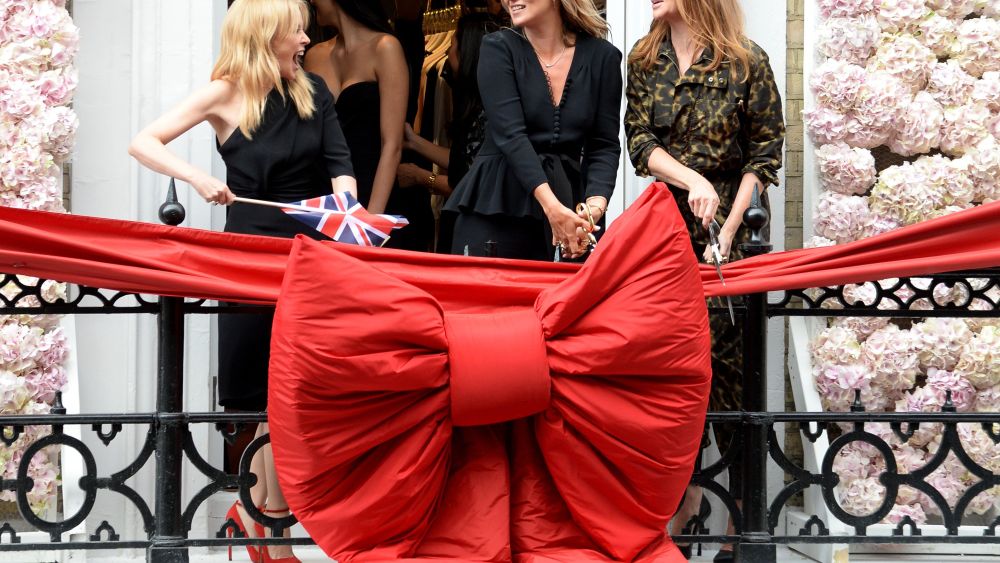 MY BOND: “Stop me! I must be crazy. Note to self: Next time, hire an architect — and an interior designer,” said an ebullient Stella McCartney, who was surrounded by some famous friends and family at the opening of her 7,500-square-foot store, which opened to the public on Wednesday.

She was referring, of course, to her decision to take charge of the store interiors — with help from her team. Together, they re-created what had previously been the Joseph store at 23 Old Bond Street, moving in hunks of limestone, a multitude of moss and thyme, recycled paper for the walls and some of the freshest air in London, thanks to Airlabs technology.

There’s also an elevator, called a “Stellavator,” paved with pink faux fur, meditative words from McCartney’s teacher Bob Roth in one of the women’s dressing rooms, and three hours of original music by Sir Paul McCartney made especially for the store.

The store is unlike anything out there right now, and there is no doubt it all came straight from McCartney’s heart.

“Some of the ideas are just wild — and I love the texture of the walls,” said Bob Geldof from behind an impressive shock of white hair. He was referring to the handmade papier-mâché-covered walls that were recycled from McCartney’s office paper waste and to the rippled concrete ones downstairs.

Minogue said she was definitely impressed with the interiors: “I can barely decorate my front room, and look here what Stella has done,” said the singer. “She’s amazing and so ahead of the trends.”

Minogue wasn’t kidding: The post-party goody bag was a little hump of green moss that came in a square wooden box. McCartney worked with Wayward, a landscape and architecture practice that works to re-home plants and other materials. The party moss was recovered from Chelsea Flower Show, which wrapped last month.

Although McCartney’s main role was hostess she was also one proud mom, saying how happy she was that her 10-year-old son Beckett Willis, still dressed in his school uniform, was the “first in the ball pit — and first on the climbing wall,” which are both located downstairs on the kid’s wear floor.

In Search of a Life Coach