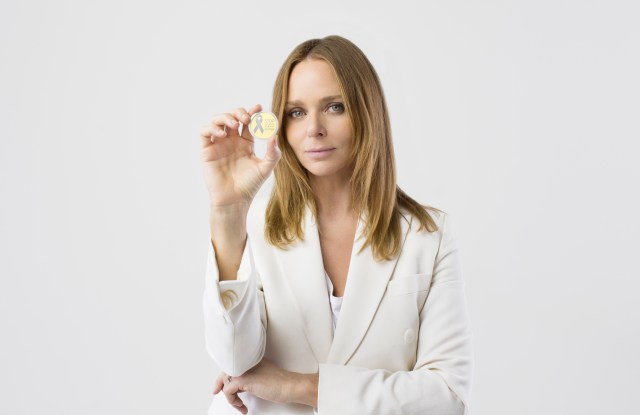 WHITE KNIGHTS: For the fourth consecutive year, the Kering Foundation will stage its White Ribbon for Women campaign in collaboration with Stella McCartney, who will be designing a limited-edition brooch to promote the cause. Some 125,000 brooches will be distributed across 41 countries and in more than 800 Kering-owned boutiques, including Gucci, Alexander McQueen, Balenciaga, Boucheron and Brioni.

Launching on Saturday, the initiative will run through Nov. 25 to coincide with International Day for the Elimination of Violence Against Women. A social media campaign titled #BeHerVoice will simultaneously be launched by the foundation. Last year, Sarah Jessica Parker, Alexa Chung, Bradley Cooper and Cameron Diaz were among those who took part in the campaign, expressing support via Twitter and Instagram. Stella McCartney will be revealing this year’s participants on @stellamccartney, her label’s social media feeds.

“Statistics show that one in three women around the world are beaten, coerced into sex or otherwise abused in their lifetime,” said McCartney. “This is a horrific fact that has inspired me to bring attention to the awareness campaign to stop violence against women. I cannot stress enough how important it is that people are aware of the facts…and support women to find the courage to break the silence.”