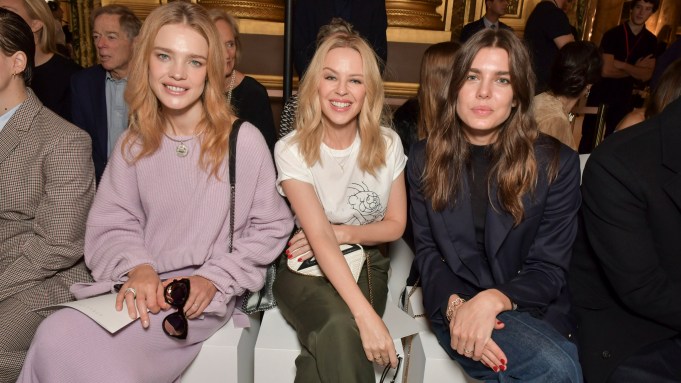 EARLY BIRDS: Stella McCartney softened the Monday morning blow by offering coffee and juices to her guests, ahead of her show at the Opera Garnier. The hour proved divisive.

“Unless I’m on a project requiring an early start, I’m definitely an evening person,” said Kylie Minogue, who danced the previous evening away at the Irvin Penn celebration, making the most of the two-day break away from working on her next album.

“Every morning is a boogie morning,” countered girls-about-town rock group Haim, who were showing off their Stella McCartney shoes, which they’d certainly put to good use over the weekend. While in town, sisters Este, Danielle and Alana said they were on an eating tour in Paris, chasing “every cheese known to man” before going on tour in 2018.

Funny man Jerry Seinfeld, starring in his own Netflix special “Jerry before Seinfeld,” held a more equalitarian view. “I’m a morning, and evening person,” he said. “I enjoy all the hours,” even the jetlag ones, as he and wife Jessica had flown in for the show. “That’s what you do for your friends: schlep to Paris and enjoy the city, for them,” she quipped.