The designer, who last week unveiled her first men’s range at Abbey Road Studios, spoke at a talk hosted by Kering and the Centre for Sustainable Fashion on Monday. 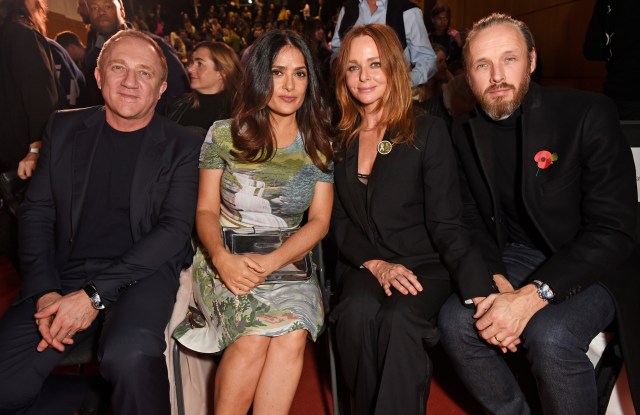 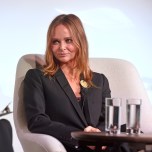 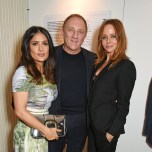 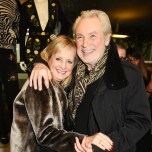 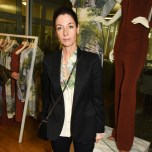 LONDON — Stella McCartney recalls a time when people told her that she wouldn’t have a business – and said on Monday night in London that statement “surprises her in an exciting way now.”

The designer, who last week unveiled her first men’s range at Abbey Road Studios, spoke at a talk hosted by Kering and the Centre for Sustainable Fashion, based at London College of Fashion on Monday.

She talked about sustainability, fast fashion and the use of viscose fabrics to a crowd of students and industry figures including Kering chief executive officer François-Henri Pinault, Salma Hayek, Twiggy and McCartney’s sister Mary McCartney and her husband Alasdhair Willis.

“People want to be more conscious in the way that they consume,” the designer said. “I feel that people are less intimidated by it, so that’s what’s changed, people have learned more and become more open. That comes into how you eat, what your lifestyle is, how you get from A to Z. Why should fashion not be in that conversation? Fashion’s definitely one of the more harmful industries on the planet, and so I think people are more aware of that now.”

Later that evening, Kering also named the five winners for the second edition of the Kering Award for Sustainable Fashion, an annual student competition supported by Stella McCartney and Brioni. They are Irene-Marie Seelig, Iciar Bravo Tomboly, and Ana Pasalic for Stella McCartney; and students Agraj Jain and Elise Comrie for Brioni.

The students were assigned a brief from McCartney and Brioni to focus on sustainable product innovation. McCartney’s directive asked students to explore the idea of a “balanced fashion metabolism,” while Brioni’s brief focused on methods, concepts and items for the brand’s vision of sustainability.

Seelig was named the winner for innovation; followed by Tomboly, for collaboration; while Pasalic scooped the special project award. Winners for Brioni were Jain for innovation; and Comrie for collaboration. The recipients will receive grants to aid their projects or will be given internship opportunities at Stella McCartney and Brioni. McCartney and Gucci will host next year’s competition.

During her talk, McCartney pointed to her upbringing as the reason behind her sustainable methods.

“At the end of the day, I was brought up by my mom and dad,” said McCartney. “They heavily influenced me, I grew up on a farm in the countryside with my siblings, and we were just brought up in a way that was conscious. I saw the changing of the seasons. We had sheep on the land. We didn’t kill for meat. We let them grow old, and we sheared them to make rugs. And that came into my place of work. I was never going to start a job in a way that would compromise the way I was brought up.”

McCartney said no one should have to sacrifice style for sustainability. “First and foremost, I’m a fashion designer and I want to make an effortless, desirable product, but I want to be responsible at the same time. And so, hopefully, you don’t have to sacrifice those things.”

The designer, who does not use leather, fur or feathers in her collection, said she’s looked at a range of alternative materials such as recycled rubber, sustainable wool and vegetable-coated fake leather. In terms of production costs, she said it’s a “terrifying thought” that leather is cheaper than non-leather materials. She said her company chooses to absorb the higher costs rather than passing it onto the consumer.

“We swallow that in our own margins, so we’re happy to do so. So yes, it can cost us more to make things from organic cotton than conventional cotton. But for us, it’s important. We take into account everything we do. But it can get more expensive.”

She spoke about her spring 2017 range and noted that the women’s collection is up to 53 percent sustainable while men’s was about 45 percent sustainable. The designer said the label is headed in the right direction and is definitely improving its sustainability record.

With regard to fast fashion, McCartney said being a wary consumer is key. “I think to be sustainable, you need to be sustainable in the way that you purchase,” she said. “So I’m an advocate of investing a little bit more over a longer period of time and choosing one piece from a high street brand rather than changing over in a week – and everything ending in a landfill.

“I understand that people can’t afford fashion,” she added. “They want to have fashion, they want to have access to it. I believe very firmly that no humans should suffer from fashion and fast fashion is a contributor to that. But I also think you can look at some high street fashion chains and there are probably some of the more sustainable. I have definitely encountered some where they’re working more on materials and they have programs at least.”

She compared buying fashion to purchasing food. “Look at the ingredients,” said McCartney. “You ask double questions in other areas of your life. Ask them in fashion. It needs to be answerable, there need to be more systems set in place, more people need to go through a more vigorous kind of testing, and as a customer, you can do that. You can challenge the people that are making fashion.”