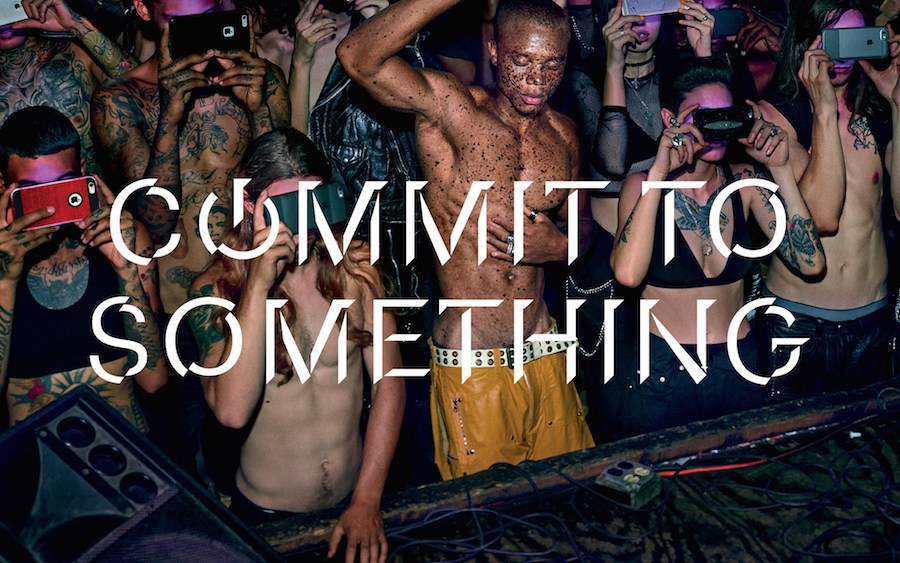 Equinox wants you to commit to more than just walking through its doors in the new year. The high-end fitness club has been known to take an edgy approach to its advertising imagery, and 2017 is no different — its newest campaign, a continuation of last year’s “Commit to Something” series shot by fashion photographer Steven Klein was just released.

At first glance, the seven images have little to do with working out. Imagery includes model Jessica Stam sitting inside a cannabis grow center, a man lounging with a virtual reality headset over his eyes, a pit of concertgoers all fixated on their iPhones and a shirtless man covered in a swarm of bees. Thinking about your next personal training sesh yet?

“It’s certainly no secret that Steven [Klein] is a fearless creative with a strong point of view on social issues, so it was a no-brainer to continue telling the commitment narrative through his powerful lens,” said Elizabeth Nolan, Equinox Executive Creative Director. “This year’s imagery goes even deeper to showcase his greatest strengths as a storyteller, collaborator and cultural steward.”

Klein approached the campaign as a commentary on personal identity and the activities which consume people’s hours. “It is examining the physical body through a vehicle of current social norms,” Klein commented of the campaign’s approach. He is particularly drawn to his photograph of Samantha Paige, which displays her double mastectomy scars. “It is brave and daring on both Equinox’s and Samantha’s part, to show a woman that decided that the physicality of having breasts, was not important to feel good about yourself,” he commented. “Today people are over-consumed with their exterior physicality.” Of course, that over-consumption does contribute to gym membership sales — particularly in the wake of January New Year’s resolutions.

The campaign will be displayed in Equinox locations worldwide.