The “Fashion Shower” video was directed by Alex Turvey. 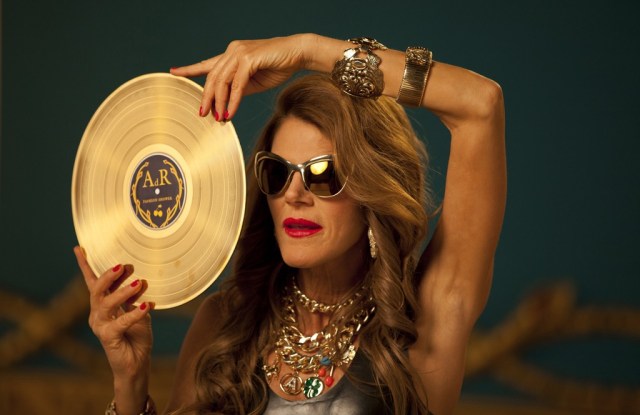 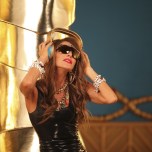 STRIKE A POSE: To mark Anna Dello Russo’s new accessories collection with H&M, the Swedish high-street retailer is releasing “Fashion Shower,” a song and music video featuring the Italian fashion editor and style blog fixture, popularly known by her initials ADR. Dello Russo had posted a shorter version of the electro-pop song, produced by DJ Emiliano Pepe for Italian station Radio Deejay, on her blog in May. Featuring rap-style incantations such as “You need a fashion shower,” the initial video clip has garnered more than 75,000 hits on YouTube.

The new video, directed by Alex Turvey, is not intended as a campaign film and the extended version of the song is not for sale, said an H&M spokesman. The film will be previewed on the New York Times Web site on Wednesday and will then be broadcast on H&M’s social media channels. The accompanying print campaign was shot by Mert Alas and Marcus Piggott and styled by George Cortina.

The retailer is also said to be planning a launch event in Paris on Sept. 27 for the Anna Dello Russo collection, though the spokesman declined to confirm any details. The accessories line, which includes gold and turquoise minaudières, cuffs and necklaces, is to go on sale in about 140 H&M stores worldwide on Oct. 4.