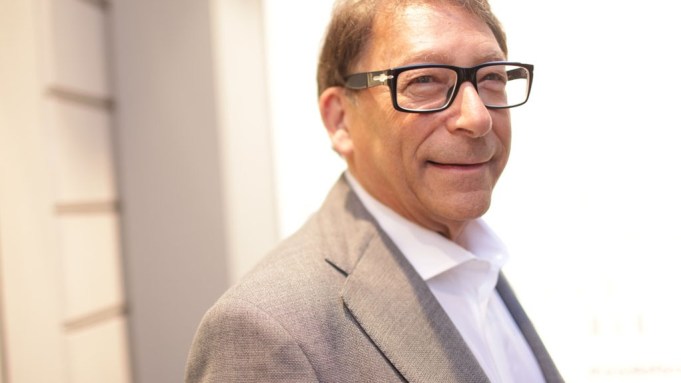 SHOE SPACE: Stuart Weitzman celebrated the opening of his new Milanese flagship with a party Thursday attended by Kate Moss, the face of the brand’s fall marketing campaign.

The 3,000-square-foot boutique on Via Sant’Andrea is the 100th Stuart Weitzman retail store worldwide and the first featuring a new retail concept designed by architect Zaha Hadid.

“I’m a good salesman, and she loves shoes — that’s a good combination,” Weitzman said of his collaboration with Hadid, who is better known for large-scale projects like the Guangzhou Opera House.

“I absolutely did not want an architect who builds stores,” he explained. “You tend to get in your groove, you may make changes, but they still look like stores.”

Weitzman said additional flagships designed by Hadid would open in Hong Kong, Rome and New York in 2014, with more to follow afterwards.

Guests including Olivia Palermo and Mary Charteris turned out for the opening.  The event marked the launch of a video that shows Moss strutting down London streets to Nancy Sinatra’s “These Boots Are Made for Walking.” The almost two-and-a-half-minute is the centerpiece of a social media initiative, which includes a YouTube short and an Instagram contest.