The app has received featured status in the Apple AppStore. 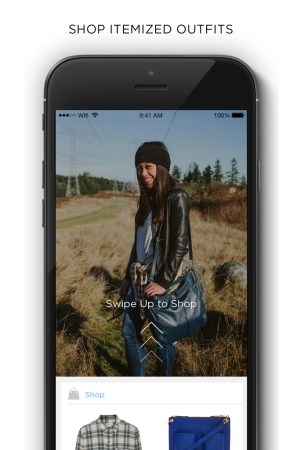 Fashion app Stylekick released an update Thursday that its cofounder said makes it a brand new app and is getting it featured status in the Apple App Store.

It’s the first time Stylekick Inc., which closed on a $1 million angel round earlier this year, has been featured in the store and something most developers want but not everyone gets.

The path to featured status involves a series of steps: meeting with App Store employees and submitting documentation that outlines the roadmap for an app’s next five or six iterations. It’s a lot of work for a temporary spotlight but the payoff can be big and it’s “an indication of the [app’s] quality,” cofounder and chief executive officer Karn Saroya said.

Stylekick lets users post pictures of themselves that others can then comment on or purchase items featured in images. The latest version is part of the company’s transition from just another tool that helps people discover styles they like to an actual mobile marketplace. Saroya said the new version of the app makes it easier to purchase and post items, and interact with brands or other users.

“What we are is a Netflix for fashion,” Saroya said. “We take our user interactions on the app and translate them into specific content that we show our users.”

The evolution is crucial as the competitive landscape remains fierce for fashion app developers looking for ways to monetize their concepts.

Apps such as Spring, which raised $25 million earlier this year, and Polyvore are more-established and well-capitalized players in the space.

Stylekick, meantime, has grown in more recent months with its constant tweaking on the back end. The company has added about 300,000 users over the past few months. That’s about 4,000 users a day or 1,000 on slower days, according to Saroya.

He chalks up the growth to more curated content and more people finding the app through improved keyword optimization.

The Toronto-based company draws about half of its user base from the U.S. and the rest comes from Europe and Canada.

“For us it’s about real people engaging with real people directly and the brands,” Saroya said. “The focus is always on the e-commerce experience. It doesn’t necessarily mean just outfits. It means editorial. It means videos. That’s the entire premise of our business because that’s the way we feel e-commerce and mobile commerce are going.”