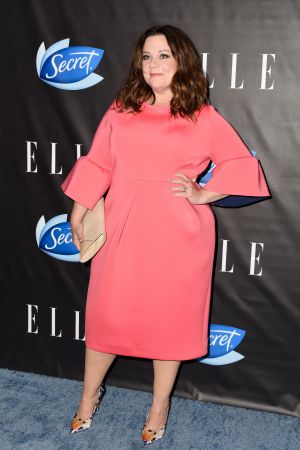 Modern Design to Be Spotlighted in Two-Part Show

Judy B. Swartz, once known as the “queen of tween” for her work with then-child stars Mary-Kate and Ashley Olsen and Miley Cyrus’ Hannah Montana clothing line, has found a new niche styling Melissa McCarthy while nurturing her own entrepreneurial ventures. Swartz, who began working with the comedienne to conceptualize the Melissa McCarthy Seven7 line two years ago, has since become her personal stylist, creating custom looks for the star’s photo opps in support of “Ghostbusters,” which opens in theaters July 15.

A Las Vegas native, Swartz began designing costumes for backup singers for bands in the Seventies. In the Eighties she began styling the singer Laura Branigan. That led to music videos for Michael Jackson, Phil Collins and Cheap Trick and television series that included Mary-Kate and Ashley Olsen’s post-“Full House” projects.

“There wasn’t anything high-end in their size, so I ended up buying Prada and Gucci and cutting them down for 10-year-old girls,” said Swartz, who eventually held the titles of stylist, creative director and senior vice president of fashion for Dualstar Entertainment, where she oversaw the Mary-Kate and Ashley clothing line for Wal-Mart.

After leaving Dualstar in 2005, Swartz consulted for Disney on the Hannah Montana line then helped launch the plus-size collection for McCarthy. (She had styled for other curvy celebrities including former TV host Ricki Lake.) “I was challenged to find a different vision for Melissa. It was the same as [the Olsens] where there weren’t any clothes to buy,” Swartz said. She credits McCarthy’s design acumen for the line’s success in retailers such as Macy’s. “She’s really a full-blown designer and I’m just dressing her in her pieces.”

McCarthy has worn the holiday Seven7 collection for 90 percent of her “Ghostbusters” events but Swartz has designed several figure-flattering separates and gowns that she mixes with accessories ranging from Steve Madden to Kimberly McDonald.

Later this year, Swartz will launch her own casual lifestyle collection called Gratitude Attitude, inspired by time spent on an ashram in India (her husband of four years, a former Target executive, is her business partner). She also has a concept in the works for Baby Boomers and is open to designing for tweens again. “There’s still opportunity in big-box stores for a tween brand with substance,” she says, “but right now I’m excited to do something for myself.”