Welch linked with Levi's for her second X Karla project and was creative director of a portrait series, look book and concert for the launch. 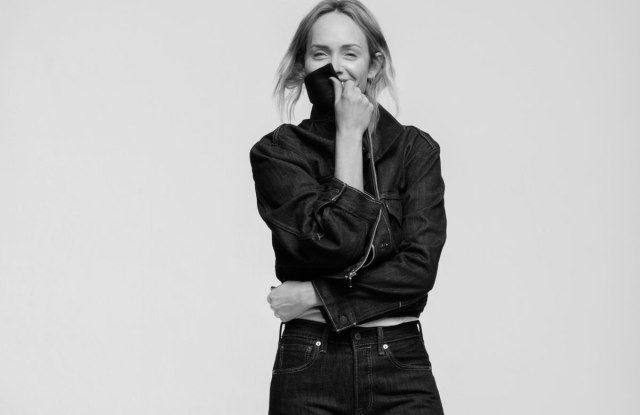 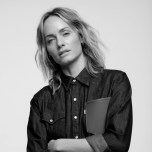 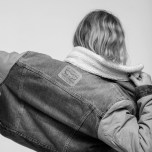 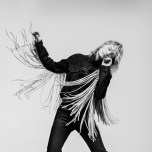 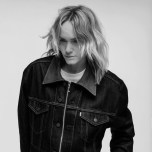 No longer content to wait for brands to approach her, Los Angeles-based stylist Karla Welch is “taking the bull by the horns” with her company X Karla and making her dream collaborations a reality.

Her second project connects her with Levi’s, for which she put her own spin on the iconic 501 blue jeans and a number of other classics to create the Levi’s x Karla 501 Day Collection to mark the date — May 20 — that the original blue jeans were patented 145 years ago.

“X Karla really started with my love for the concept of icons in clothing,” said Welch, whose first venture was a collection of white T-shirts for Hanes, which launched in Maxfield last year and continues to sell globally at Matches, Shopbop.com and Selfridges, among others. The collection was inspired by the Ts she had been customizing for her client Justin Bieber.

“At the same time, it became a mission statement of how I saw great opportunity to do and make things with anyone. It was doubly personal because X Karla is how I always sign my name,” said Welch.

As for her latest project, anyone who knows Welch knows that jeans are her work uniform and that she’s from Canada, so the “Canadian tuxedo” term applies. “I’m in love with blue jeans and no one is more iconic than Levi’s,” she said, hinting that another collection is already in the works.

“We wanted to put customizable product at the center for 501 Day, and Karla is such an influential stylist with the ability to home in on each person’s personality, so the match was perfect,” said Jen Sey, chief marketing officer at Levi Strauss & Co. “We wanted to give her the opportunity to express her vision.”

The nine-piece, limited-edition range includes two new versions of the 501 jeans — a wide-legged flare and an original cut with a red patent leather back pocket — as well as a denim shirt with the same pocket, a reversible Sherpa jacket, a cropped bomber, a fringed Trucker jacket, cropped knickers and a one-piece boiler suit. Retail prices range from $150 to $450.

“We really wanted the project to be all-female,” she said, noting that extends to the May 16 Los Angeles launch event, a pop-up shop, portrait gallery and concert at the Hollywood Palladium headlined by Sza along with the Yeah Yeah Yeahs and Lauryn Hill. The portrait series video will feature Yoko Ono’s “Yang Yang” track that she donated in support of Everytown.

The collection will be available May 20 in select Levi’s stores worldwide, on its e-commerce site, in Dover Street Market New York and on xkarla.com. Welch also made her mark on the in-store experience, which will feature images of the look book with Valletta that she and her husband also styled and shot. Welch will host a customization workshop that day in the Santa Monica store, and the red patent pocket will be available at Levi’s other U.S. Tailor Shops.

Welch is also notable for wearing her politics on her sleeve and this endeavor is no different. In honor of the collection, Levi’s made a donation to support one of her favored causes, the Everytown for Gun Safety Support Fund.

Welch said the next X Karla collaboration is “superrelated to what I do. Eventually I want to get to the point where I am just making things I love and want but not taking myself too seriously. For now, the [Hanes] Ts and sweats are keeping us busy — we are adding new styles and doing a new retail model that’s more immediate. The landscape is changing and we’ve reached a point where you can be fearless and try stuff out.”