In Paris to defend her French Open title, the tennis star attended a meet-and-greet for her followers. 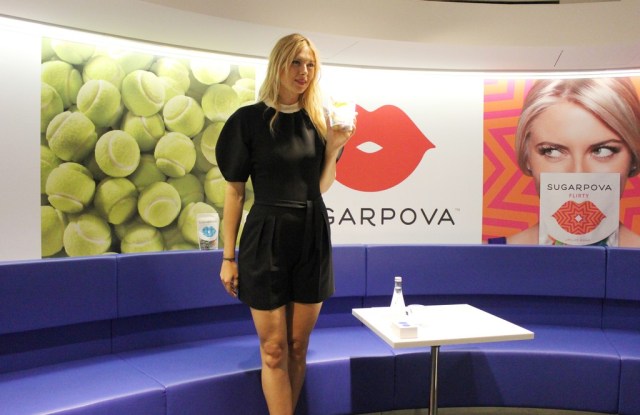 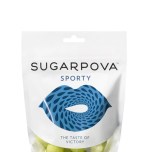 SUGAR RUSH: In Paris to defend her French Open title, Maria Sharapova stopped off at Colette on Wednesday to promote her Sugarpova line of candy with a meet-and-greet for her followers. The line of fans stretched from the concept store’s downstairs Water Bar to the street. “I have really passionate fans that follow me in the middle of the night and watch me play tennis from their computers, so it means a lot to just be able to spend time with them,” said Sharapova, whose Facebook page has more than 10 million “likes.”

She recently signed a three-year deal to represent sports car manufacturer Porsche, adding to a stable of endorsements such as Tag Heuer, Nike, Evian and Samsung.

“I really had the sense that I was always a small part of the final decisions of big brands,” the number-two ranked player told WWD. “I wanted to invest my time and my efforts and my creative ideas into a project that was something my own.”

“Obviously, I’m the first to say that you need to have a healthy lifestyle and you need to have a balanced diet. That’s such a big part of, obviously, my career on a daily basis, but everyone needs a guilty pleasure. At the end of a tough day, from a young age, after practice I always wanted a lollipop,” she noted.

Sharapova said the sweets were just the beginning of her own business empire. “Down the line, I see it going into cosmetics and beauty, and maybe fashion in some sort of way, but I really want to get my feet on the ground worldwide with candy,” she said.