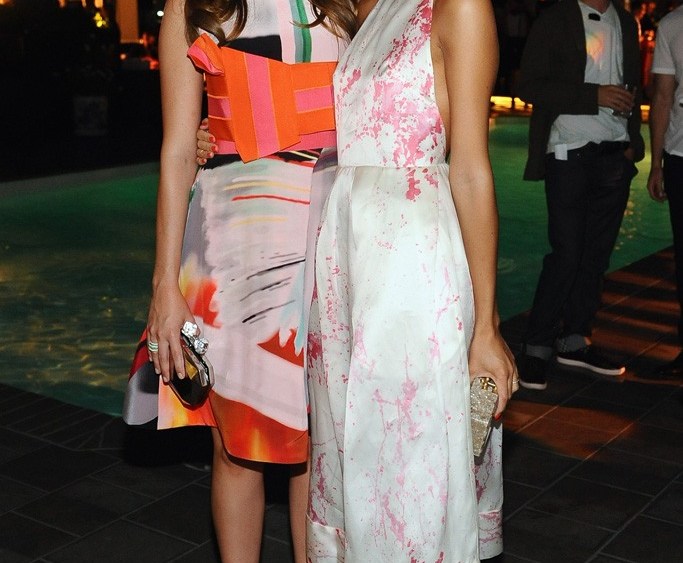 SUMMER PLANS: What started over a decade ago as a way to commiserate for all those who were stuck in Los Angeles for the summer has ballooned into an annual event for up-and-coming actors. InStyle’s Summer Soiree, held Wednesday night on the rooftop of The London West Hollywood, drew an armful of young talent “stuck” in L.A. due to their movie and television filming schedules.

“I just singed a deal today for a movie with Sam Worthington and Arnold Schwarzenegger,” said Malin Akerman. “It’s going to be very guy-action heavy.” Nikki Reed is about to start promoting the last “Twilight” film, but she’s also been moonlighting as a singer with her musician husband Paul McDonald. “We’re going to put out an EP, and we’ve been playing shows at the Hotel Café,” she said.

Elsewhere, the young cast of “Revenge” was dodging questions about the show’s second season. “Well I filmed today, so my character is still alive,” said Christa B. Allen, whose character, Charlotte Grayson, was last seen in a pill-induced coma. “And I can tell you we get some new characters and I get a love interest,” revealed Ashley Madekwe. “I’d like to take a vacation in the Hamptons,” said Allen. “I’d be curious to see if there are really people there like on ‘Revenge.’”