British retailer staged a co-ed show with a California theme. 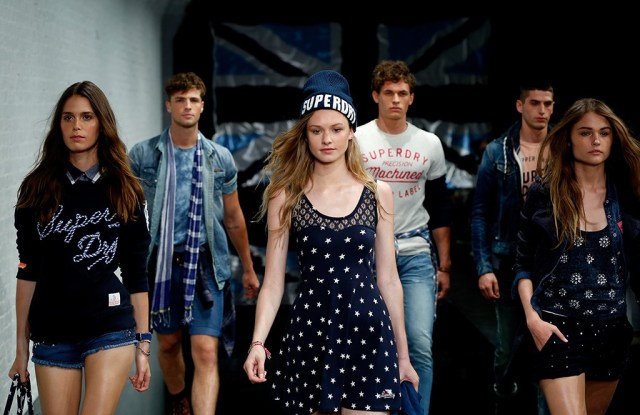 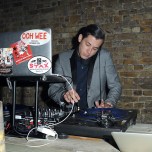 AMERICAN PIE: Superdry mined Californian surf and grunge culture for its show on Saturday night in London, on the eve of the men’s show. Guests picked up an Asahi beer and a slice of pizza on the way to their seats where countless male and female modes paraded in clothes designed for a laid-back life.

Track pants, shorts, hoodies, T-shirt and shirts tied around the waist came in various iterations; some had skater inflections, while others leaned more towards surf style. Much of the merchandise was heavily branded, but one calf-length gray poncho, worn over a white bikini, didn’t need a logo to make an impact. After the show, Mark Ronson hit the decks to get the after-party going.