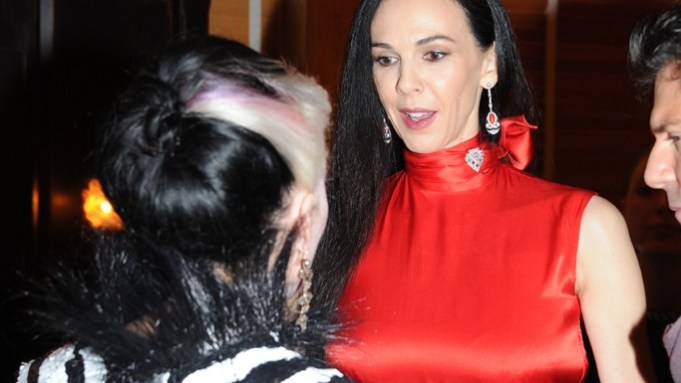 SUPPER CLUB: “Sunday is the new Friday,” declared Alexandra Shulman, editor in chief of British Vogue, as she hosted a dinner party at London’s Balthazar restaurant to mark London Fashion Week, welcoming guests including Victoria Beckham, Manolo Blahnik, Richard Nicoll, Alexa Chung, Sienna Miller, Matthew Williamson, Portia Freeman and Daphne Guinness, who revealed she was turning her attention to making an album. Sophie Dahl said when she’s not looking after her six-month old baby with musician Jamie Cullen, is pecking away at a novel. “An historical murder mystery,” she specified.

Blahnik said he would skip dinner and head off to bed. “I’m not spring chicken you know,” he declared.