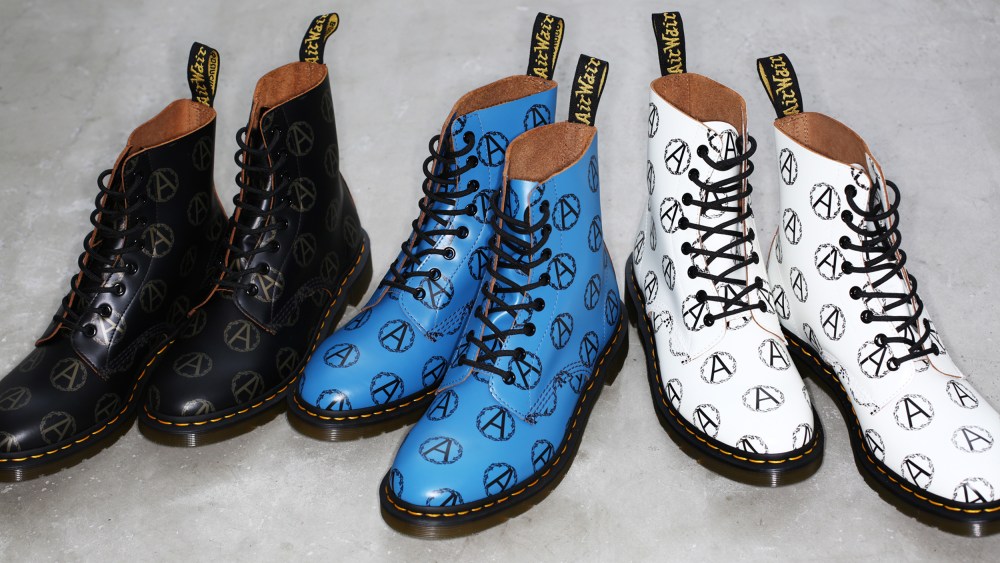 TRIPLE PLAY: Sometimes three heads are better than one. Marking their third tie-up, Supreme and Undercover enlisted Dr. Martens to create custom versions of its classic boot and shoe with AirWair cushion soles. They are covered in anarchy symbols, echoing the punk spirit of the clothing, which drops at Supreme stores in New York, Los Angeles, London and Paris on Sept. 22, as well as online. Supreme’s Japan locations get the merchandise two days later.

The range includes reversible bomber jackets with the expletive “Generation F–k You” on one side, a wool overcoat, sweatshirts, sweaters, T-shirts, a pouch and a Medicom Gilapple light, which is just like it sounds: an apple with a light in it.