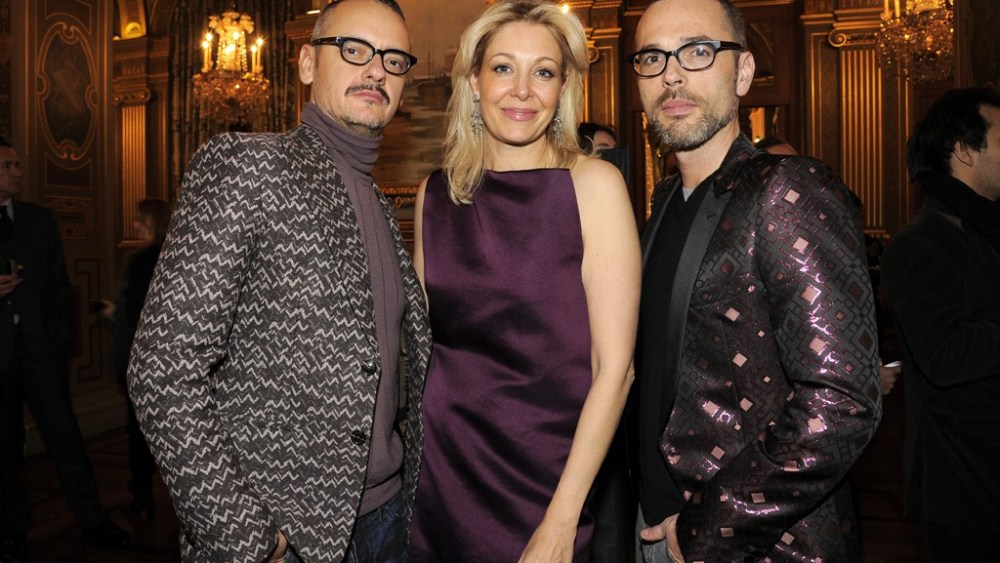 CRYSTAL COCKTAIL: Nadja Swarovski hosted a cocktail in the City of Light’s Hôtel de Ville Thursday night to celebrate the opening of the “Paris Haute Couture” exhibit there.

Heriard Dubreuil, dressed in Olympia Le-Tan and a vintage Balenciaga coat, said she was in town for the shows and to buy for her concept store The Webster in Miami. Dubreuil added that she would love to open one in New York some day.

“Then, I am off to Dubai with my fiancé, the artist Aaron Young. He is doing an exhibit for a charity there,” explained Dubreuil.

Bouchra Jarrar, whose fashion is showcased in a strategically important place in the exhibit — right next to a Chanel dress — swore she did not ask for it. Meanwhile, Rolf Snoeren admitted he had no idea Swarovski had such close historical ties with haute couture.

He lauded the exhibition, which features more than 100 haute couture dresses from the 19th century until the present day, “as a very democratic way of making high fashion available to everyone.” Also, that the show admission is free is “even better,” he said, marveling at Elsa Schiaparelli’s “top-level craftsmanship, wit and delicate sense of humor.”

Olivier Rousteing revealed that he has a weak spot for Azzedine Alaïa, but couldn’t take his eyes off the vintage Balmain creations in the show. “I’m seeing pieces here I have never even seen in our [house’s] archives,” he said. “I am so shocked about the tailoring and the technique — they’re timeless. I’m crazy about them.”

Looking ready to rock in black leather pants and an edgy tuxedo jacket, 27-year-old Rousteing said he was ready to decompress after his show earlier that day.