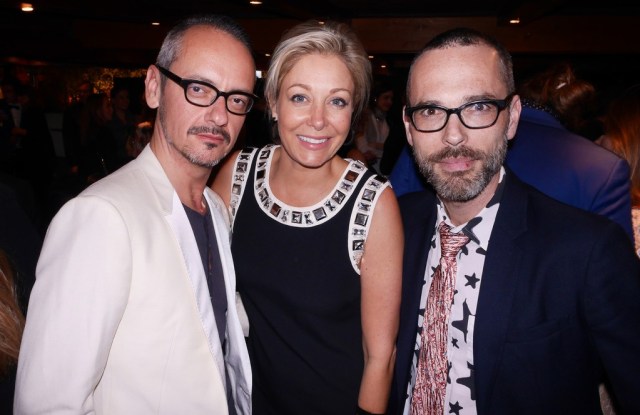 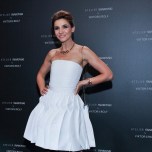 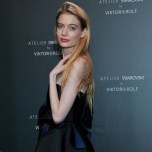 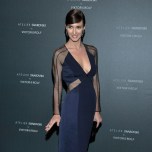 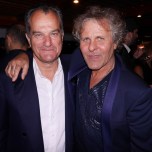 A TOUCH OF GLASS: Not content with sparkling on the big screen and the red carpet, Swarovski hosted a cocktail Friday at the Cannes Film Festival to celebrate Atelier Swarovski’s collaboration with fashion designers Viktor & Rolf.

Swarovski said the family-owned manufacturer of crystal and crystal-related products is looking to grow its Atelier Swarovski division by expanding its collaborations with high-profile designers. It has previously worked with the likes of Maison Martin Margiela, Christopher Kane and Karl Lagerfeld.

“Rather than us just hiring one creative director, there’s so many different creative directions we can tap into,” noted Swarovski, who was wearing a crystal-embroidered Prada dress with a ring and cuff from the Viktor & Rolf collection.

“That’s actually a really great dress to wear when you don’t have any jewelry, but I’m not allowed to leave home without any other crystals,” she said jokingly.

Viktor Horsting and Rolf Snoeren, attending the film festival for the first time, said they tried to put their distinctive spin on the sparkling material.

“We like to have things a bit on edge, so that’s why we thought, how can we create an interesting contradiction?” said Horsting, referring to the Frozen Crystal and Velvet Rock lines — the latter featuring stones that are coated with flock. “It’s very tactile. It’s just nice to feel — you want to touch it.”