Presenters included Zoe Saldana, Amy Adams and Lenny Kravitz, who entertained the audience with anecdotes about working on-set with the honorees. 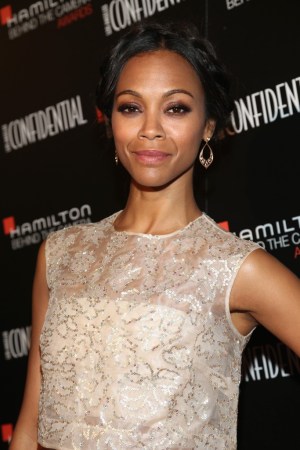 ABOUT TIME: Swatch Group-owned Hamilton watches presented the 7th Annual Hamilton Behind The Camera Awards on Nov. 10 at the Ebell Theater in Los Angeles, where presenters Zoe Saldana, Casey Affleck, Amy Adams, Jeremy Renner, Sandra Oh and Lenny Kravitz entertained the audience with anecdotes about working on-set with the honorees. “Off the script — thank you so much for all your tireless work,” Amy Adams told Michael Wilkinson, costume designer of her upcoming film “American Hustle.” “And thank you so much for putting up with me.” Industry power players and newcomers alike were honored in 13 categories, keeping the ceremony short, but not short enough for some hungry audience members. “You guys hungry?” Jeremy Renner teased the audience while presenting the director award to David O. Russell for “American Hustle.” “I ate a whole bowl of peanuts, and it’s killing me,” he joked, referring to the small bowls of nuts that were supposed to hold the audience over until dinner.