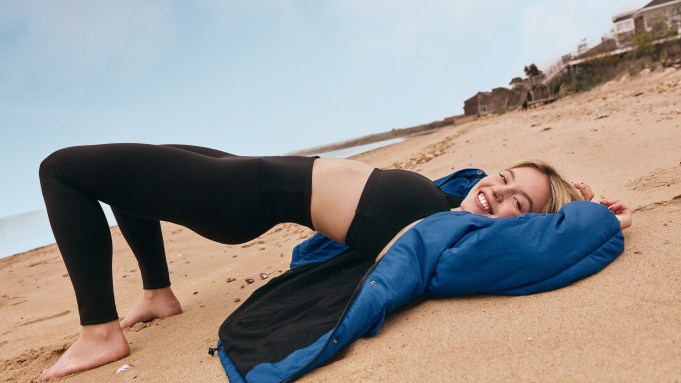 Sydney Sweeney is lending her star power to Cotton On.

The “Euphoria” actress is the new face of the Australian fashion brand’s Cotton On Body activewear campaign. Sweeney appears in the campaign wearing pieces from the brand’s collection, which debuts in stores and online on Monday, posing by a pool and on the beach.

“We are so excited to have Sydney on board as the face of our activewear campaign,” said Rosetta Paladino, Cotton On Body’s general manager. “She is an incredible actress and her down-to-earth, fun and confident attitude represents the brand values perfectly.”

Sweeney has had a busy year working with many major fashion and beauty brands for campaigns and ambassadorships. This April, Sweeney was named Tory Burch’s new ambassador and appeared in a campaign this June for the brand’s Miller sandals. She’s also teamed with beauty brand Laneige for its first U.S. celebrity partnership and appeared in campaigns for David Yurman.

Candice Swanepoel and All Yoga Team on Swimwear Collection